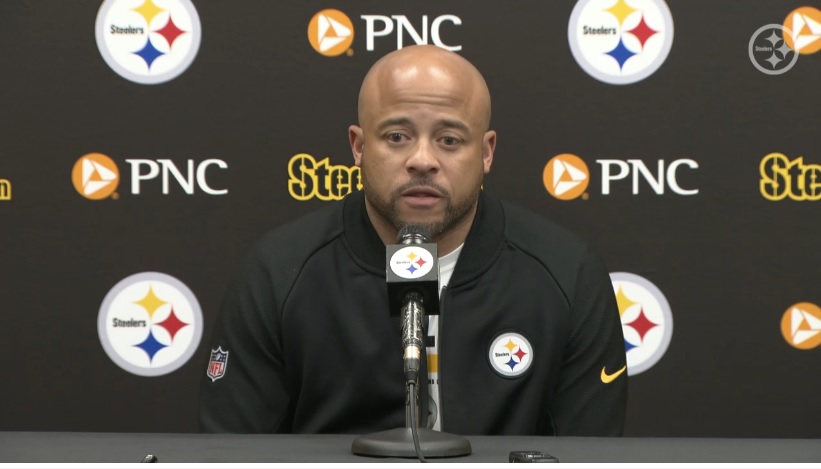 Topic Statement: Eddie Faulkner, who was just given a two-year contract extension, will be in charge of coordinating the Steelers’ run game in 2021.

Explanation: Originally hired from the college ranks in 2019, Eddie Faulkner is a young position coach of whom head coach Mike Tomlin seems quite fond, and whom he believes has a lot of worthy ideas. According to reports, most position coaches generally only receive one-year contracts after their initial two-year deal with the team, so that could be an indication that he is part of their strategy to revamp the running game.

It would certainly make a lot of sense to put a running backs coach in charge of the running game, insofar as anybody is in charge of it, though it’s not always the case. For some teams, the offensive line coach serves that role, while others have a coach dedicated entirely to that role.

Given the extensive amount of change on the offensive coaching staff this year, however, it seems likely that Faulkner, now the longest-tenured member, will be the one to spearhead the run game revamp strategy and whatever that might entail.

I think the fact that Tomlin has on multiple occasions singled out Faulkner as somebody whose ideas they listen to and implement is a strong indication, coupled with this new contract, that they see in him something more than a running backs coach, and that starts with coordinating the run game.

Mike Munchak coordinated the run game while he was here, and I believe it was assumed that Shaun Sarrett more or less inherited that role over the past two seasons before he was let go. When there were reports about the team’s plan to hire a new offensive line coach, the running game was brought up, an indication that they are looking for somebody who can do that as well.

Perhaps the fact that they are still in the market for an offensive line coach is indicative of just that fact. Or perhaps there won’t be a ‘run game coordinator’ in any meaningful sense, with Matt Canada in charge of the offense as a whole, and everybody else contributing piecemeal.