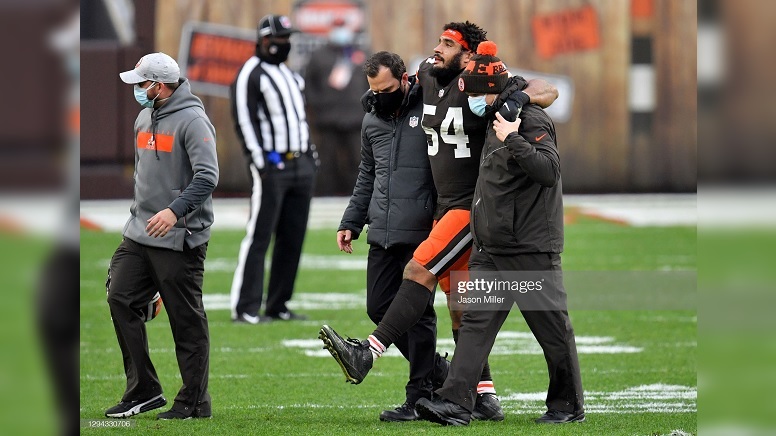 The Cleveland Browns beat the Pittsburgh Steelers on Sunday to get into the playoffs, but it wound up being a costly victory for them on the defensive side of the football in the process

According to Browns head coach Kevin Stefanski Monday morning, defensive end Olivier Vernon ruptured his Achilles during Sunday’s game against the Steelers and he’ll now need surgery and be out for the season.

Vernon, an experienced Browns defensive lineman, had a sack and two tackles against the Steelers on Sunday before leaving with his Achilles injury. For the season, Vernon had 36 total tackles, nine sacks, 12 tackles for loss, 16 quarterback hits, three passes defensed, a forced fumble and a fumble recovery. The loss of Vernon is a big one for the Browns for obvious reasons.

In related news, Browns wide receiver Donovan Peoples-Jones is dealing with a concussion this week that he suffered in the first half of Sunday’s game against the Steelers, Stefanski said Monday morning.

The Steelers will play the Browns in the first round of the playoffs on Sunday night at Heinz Field in Pittsburgh.