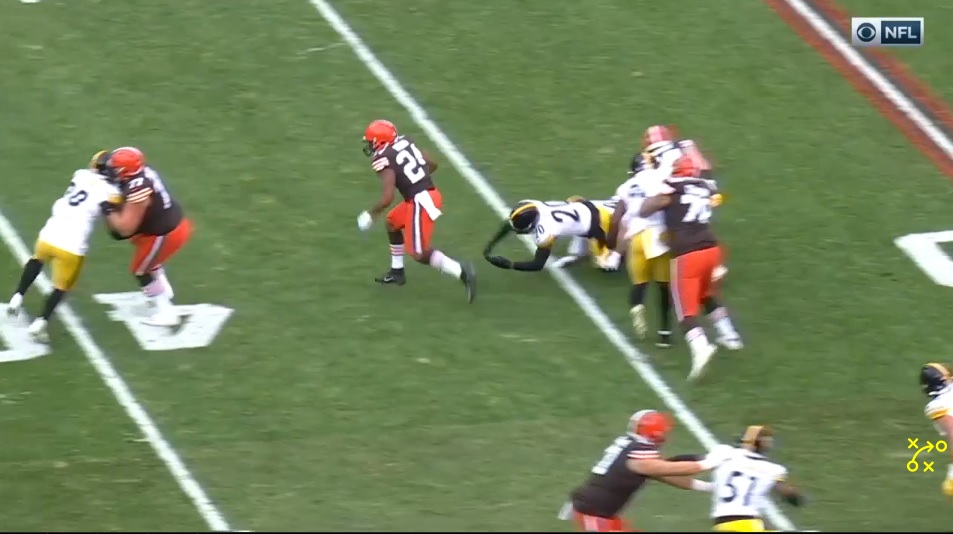 Though it hardly came as a surprise with the Pittsburgh Steelers missing Cam Heyward and TJ Watt for Sunday’s finale, the Cleveland Browns ran all over Pittsburgh’s front seven. Nick Chubb himself had over 100 yards and the Browns nearly hit 200 for the day. Regardless of what personnel was or wasn’t there, Tyson Alualu knows the defense could’ve done a much better job.

“I think when we’re given a play, I think we’ve got to go out and execute,” he told reporters via the team website. “Looking back, we had a lot of missed tackles to eliminate those big plays that they had. I think one of the biggest things is just being gap sound. Being where you need to be. Knowing when it’s your turn to make the play, you gotta make the play and make those tackles,”

Nowhere was the clearer than Nick Chubb’s 47 yard touchdown for the first points of the game. Cam Sutton and Minkah Fitzpatrick missed tackles. It’s hard to play good run defense if you miss multiple tackles against one of the best backs in football.

Josh Carney will have his weekly missed tackles report later in the week. We’ll be able to fully assess the damage then.

Assignment and gap integrity is something the Steelers have harped on throughout the season. It’s one of the biggest causes for the Steelers’ woes. We’ll have to dive into the All-22 tape but it’s likely some of the backup players struggled with being assignment sound, as Alualu’s comments indicate.

Pittsburgh will have to quickly correct those issues for Sunday’s rematch against the Browns. Heyward and Watt returning are important pieces, they’re arguably the two best run defenders on the team, but it’s not like Chubb and the Browns ran exclusively against Steelers’ backups. Isaiah Buggs, Carlos Davis, Henry Mondeaux didn’t play all that much. Alualu and Stephon Tuitt logged over 80% of the snaps. So getting a couple of players back isn’t an elixir.

This run defense has degraded with the losses of Bud Dupree, Devin Bush, and an uneven inside linebacker position. Cleveland can’t have the success they did this weekend or else Pittsburgh may be one-and-done.