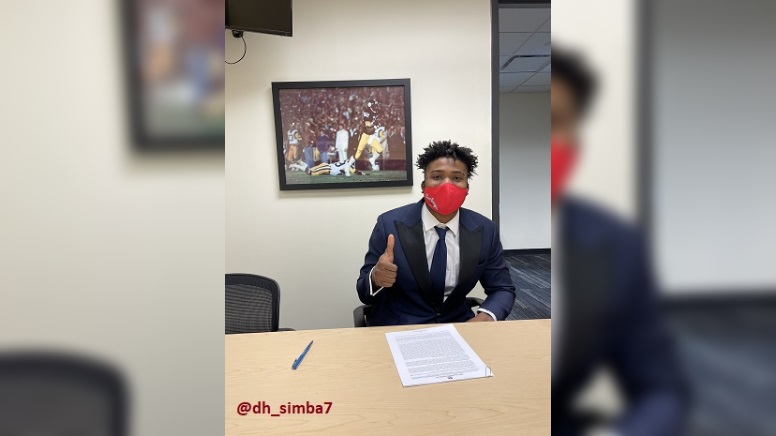 Raise your hand if you had no idea when you woke up yesterday that Dwayne Haskins would somehow eventually be relevant to your life. For the record, I have my hand raised, but now here I am churning out articles about the 2019 first-round draft pick who just signed a contract with the Pittsburgh Steelers.

While this is a virtually no-risk move, the background obviously makes the story much bigger than it has to be, and of course he has the power to make it as big as he wants it to be, provided that he performs well and does whatever is required of him.

The Washington Football Team didn’t feel that he did, and so he was let go, in spite of the fact that he had a strong head coach in Ron Rivera and a very experienced veteran presence around him at quarterback in Alex Smith—which he will also have in Pittsburgh with Mike Tomlin and Ben Roethlisberger. Smith recently talked about his former teammate on the Yahoo Sports NFL Podcast.

“The first thing I hope with Dwayne — and I’ve told him this — is you don’t have a chance until you’ve eliminated a lot of the distractions going on in your life”, he said. “It’s hard as a young player, as a young draft pick, certainly as a quarterback thrust with a lot of weight and expectations”.

“You’ve got a lot of voices telling you different things. In the end, this all comes down to playing well on the football field’, he added. “You have to be able to eliminate all that other stuff, because none of that matters if you can’t go out there and play at a high level. You’ll never be able to develop into the player, into your potential if you don’t eliminate all that stuff as well. So my hope for Dwayne is to do that.”

It’s not often that a team gives up on a first-round quarterback within two years without at least getting something back for him in the way of trade compensation, and needless to say, it’s always a major red flag when that sort of thing happens.

The odds of Haskins actually developing into the Steelers’ franchise quarterback are rather low, let’s just get that out there. But it certainly wouldn’t be a bad thing if he could mange to develop into an adequate backup—or at the least, somebody that another team would want to sign to give them a compensatory pick.