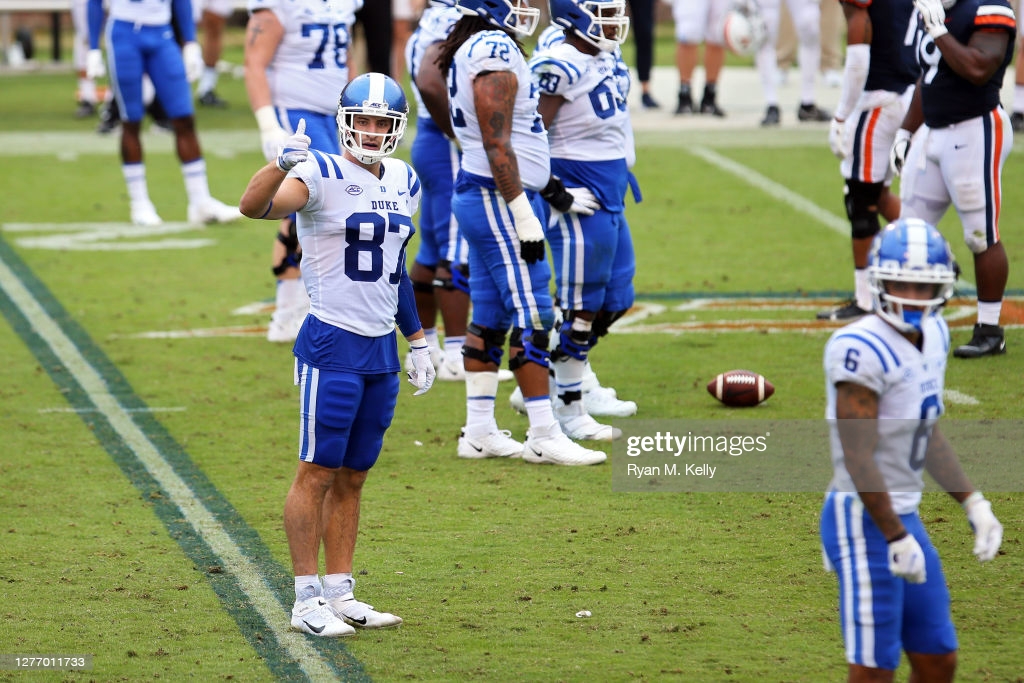 Now that the tape has dropped, our practice notes from the American Team’s Day Three of practice at the 2021 Senior Bowl.

– Panthers’ practice was situational. Team sessions broken down into two minute drills (which really were 55 second sessions) with high and low red zone work after.

– Alabama QB Mac Jones led the first team in his one-minute drill. Got down to the 15-20 yard line but time expired on him. Pass to the right seam was behind and incomplete.

– Texas A&M’s Kellen Mond led the only scoring session, hitting UAB’s Austin Watkins down the seam versus Cover 1 (in real life, his WR would’ve been killed). Watkins made a tough grab, losing his helmet on his way down but not the ball.

– And Wake Forest’s Jamie Newman’s chance ended quickly. On the third play, he was picked off deep down the right sideline by Central Florida’s Richie Grant. Looked like miscommunication between Newman and WR Shi Smith. Smith ran the corner route at a sharper route, getting less depth than Newman’s throw.

– Grant, by the way, earned as much buzz as anyone yesterday. Finished with at least two INTs. The latter was more impressive, jumping a seam route in the end zone to pick Newman off again. A ballhawk in college, Grant had six INTs in 2018 and three in just nine games this past season.

– I’ve been critical of Alabama guard Deonte Brown in this pre-draft process but thought he had his best day yesterday. Especially in pass pro. Routinely locked up Wake Forest’s Carlos Basham. Here’s one of his best reps (#65 – LG). Good way to end the week of practice.

– Sadly, can’t say the same about Northern Iowa’s Spencer Brown. Struggled every day. Kansas State DE Wyatt Hubert toyed with him. Bull rush to run through him on the first rep. RT/LDE here.

Next snap, Brown false started and still had trouble sealing the edge. Lot of small school guys boosted their stock this week. Brown wasn’t one of them.

– Tennessee guard Trey Smith is a big body who can throw his weight around in the run game but quick defenders win to his inside too often. Smith relies on his strength and length to seal and sometimes it’s enough to ride the pass rusher down the line but often times, it fails. Hard to slide the protection away from him until he gets better moving laterally.

– Duke TE Noah Gray had one of the top catches of the entire Senior Bowl. Sick one-handed snag at the goal line. Great play for the undersized tight end.

– One name I hadn’t mentioned yet who flashed on one rep. Houston LB Grant Stuard had one impressive run fill later in team, scraping over the top and meeting the back in the hole. Stuard’s a small guy at 5’11/4, 230 pounds who had 61 tackles in seven games last season.