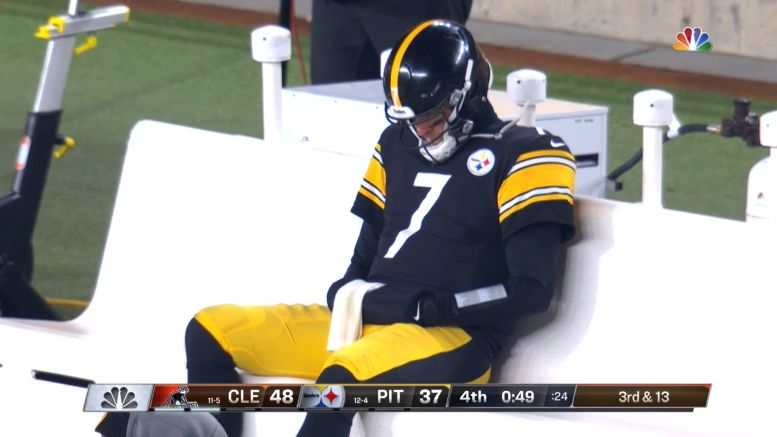 Question: Do you want Ben Roethlisberger back for the 2021 season?

This appears to be the hot topic for the night, at least outside of the venting and rage after the Steelers dropped a miserable, humiliating, and frustrating loss to the Cleveland Browns in the Wildcard Round last night, their first postseason game in three years.

Quarterback Ben Roethlisberger, who will be turning 39 in March, attempted more than 600 passes this year, completing 399 for over 3800 yards. He threw 33 touchdowns, just one off his own franchise record, to just 10 interceptions, which equated to the third-lowest interception percentage of his entire career.

But he also did it while playing a very conservative brand of football for the most part, relying on very shallow passes to move the ball down the field, and it resulted in the Steelers being one of the least efficient offenses in the NFL, with a high percentage of three and outs.

Roethlisberger is under contract for the 2021 season, where he is set to earn $19 million (the bulk of his $41 million-plus cap hit accounts for previously-paid signing bonuses and restructures and is immovable). He has talked about retirement before.

There are many who believe that he can’t win this team another Super Bowl, and thus, they should move on and begin the transition to whatever comes next as soon as possible, using that $19 million they would save to bolster the roster elsewhere. But this franchise knows a little something about how difficult it is to win without a franchise quarterback—and that was in an era when it mattered less. You can’t win now without a quarterback, and if you let Roethlisberger retire or even release or trade him, you don’t have one, period.