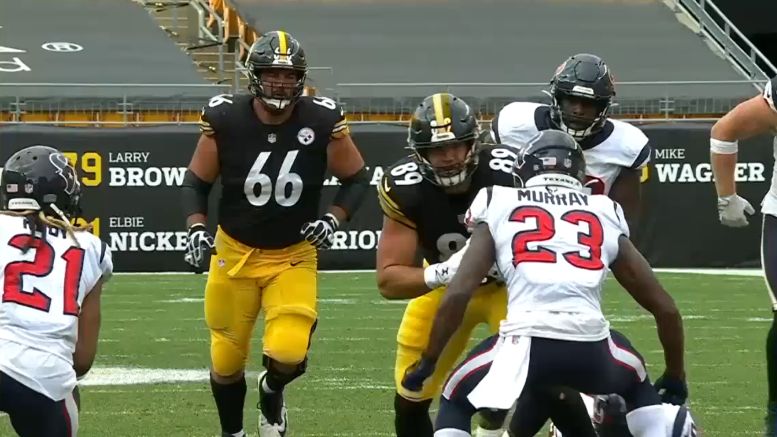 Has it really been nine years in the NFL already for David DeCastro? It might not feel like that long, but it is the reality, and given the tipping point at which the offensive line finds itself—Alejandro Villanueva a free agent along with Matt Feiler, Maurkice Pouncey contemplating retirement a year after Ramon Foster—it’s fair to wonder what the future holds for him as well.

Having recently turned 31 years old earlier this month, DeCastro is entering the final year of his contract, and is slated to earn $8.75 million. Surely there will be some who will balk at that price tag. It has even been suggested that he could be a salary cap casualty.

I think it would take a lot of other dominos to fall, however, before we get to the point where we’re talking about letting DeCastro go—even if he is coming off perhaps his worst season since 2013, before he had really established himself.

Originally a first-round pick in 2012, he missed most of his rookie season due to a knee injury, and didn’t really play into his own all of his second year. It was in 2014 that he started to show the consistency that he would become known for.

DeCastro is still one of the top pass-blocking guards in the NFL, but as should go without saying, the run blocking isn’t where it used to be, and that needs to change. The Steelers were among the most effective teams in executing on the perimeter behind a pulling guard once upon a time, and he had a lot to do with that.