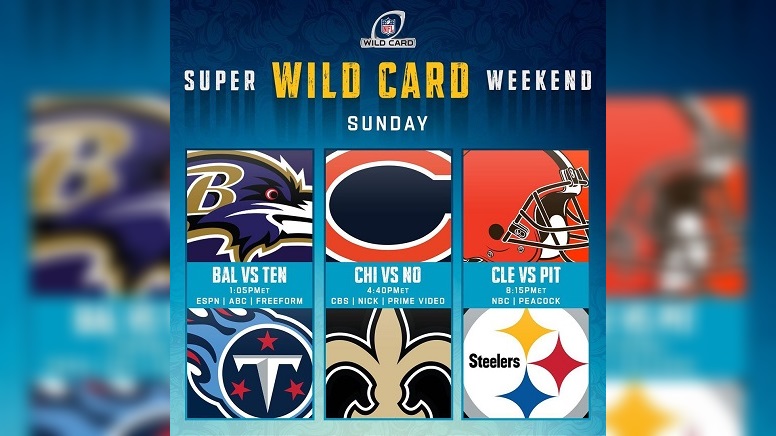 Happy Sunday and welcome to the second day of the NFL’s 2020-2021 Super Wild Card weekend. We have another three great games on tap on this Sunday and with the Pittsburgh Steelers being the final one, we can sit back and enjoy the first two.

On Sunday, the Tennessee Titans will host the Baltimore Ravens to get this 2020-2021 Super Wild Card Sunday underway. After that game, the middle Saturday playoff tilt includes the New Orleans Saints hosting the Chicago Bears. Finally, the Steelers will host the Cleveland Browns Sunday night to close out the final day of Super Wild Card weekend.

As usual, we offer up this thread as a place to discuss the Sunday Super Wild Card games and we’ll have separate first and second half threads for the Steelers game against the Browns. This post also includes a Twitter feed that will update throughout Sunday and include news and highlights related to the six teams playing.