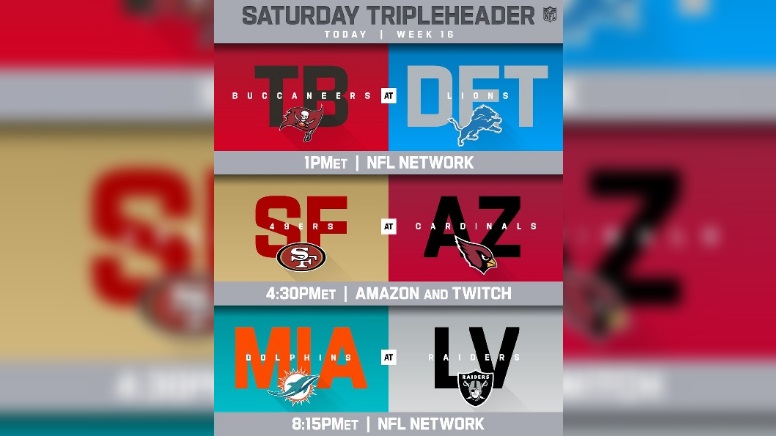 The Pittsburgh Steelers will play the Indianapolis Colts at home Sunday afternoon as part of the week 16 NFL action. On Saturday, however, we have three NFL games to watch as the Detroit Lions will host the Tampa Bay Buccaneers in the early one and the San Francisco 49ers will host the Arizona Cardinals in the later afternoon contest. The Saturday action will culminate at night with the Las Vegas Raiders hosting the Miami Dolphins in a very important AFC matchup.

As usual, we offer this thread/post up to those of you who wish to discuss the Saturday games and I have added a live Twitter feed that should update throughout the evening and include video highlights and news from both games.

Have a great Week 16 Saturday and thank you for stopping by the site today.