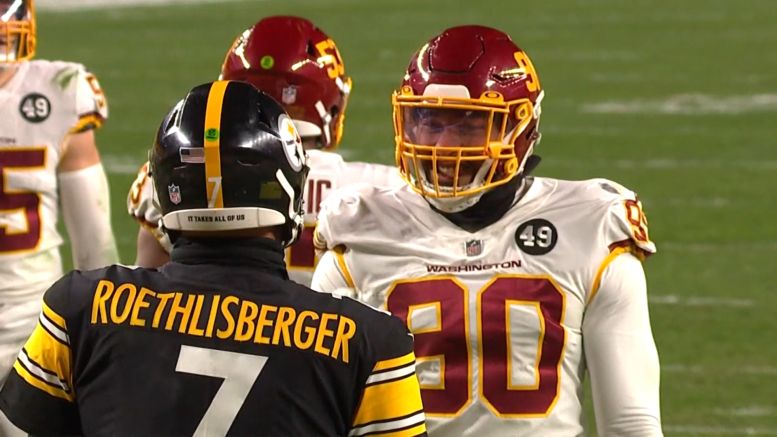 The Pittsburgh Steelers held a 14-0 lead late in the second quarter before the Washington Football Team got a field goal in the waning seconds. We can debate over whether or not they should have had the opportunity to get that kick off, but the reality is that they lost by more than a field goal anyway. The bottom line is that they lost.

And that is nearly unique in recent team history. According to ESPN, this is just the second time since they drafted Ben Roethlisberger in 2004 that they had lost a game in which they held a 14-point lead or better at any point in the game. They are now 109-2-1 in such games.

This is the Steelers 2nd loss when leading by 14+ points at any point including playoff games, since drafting Ben Roethlisberger in 2004.

They had been 109-1-1 in that situation entering play. pic.twitter.com/vpMygIrVLA

Now, you can probably put out similar numbers for a lot of teams out there. When you have a two-touchdown lead, you’re doing pretty good, and there is a reasonable chance that this is already in the later stages of the game.

The rarity of such occurrences doesn’t make this one feel any better, of course, and the Steelers did overcome a 13-point deficit just a few weeks ago against the Dallas Cowboys. They also trailed the Baltimore Ravens by 10 points the week before that before coming back to win that game. They trailed the Houston Texans by 11 back in week three, so that’s three times that they came back from a double-digit deficit to win just in 2020.

Of course, this is a defense that should be able to protect 14-point leads. That’s not to say that they should be constantly expected to hold opponents to under 14 points. That’s just a standard in this era of the game that is simply not feasible nor reasonable.

But you can’t let teams back into games when you’re up by two touchdowns, which is what the Steelers did against Washington, and is of course why everybody is acting like the sky is falling in Pittsburgh—some of them frantic about it, others gleeful.

The sky is not falling, obviously, and we will see just where this team is depending upon how they show up against the Buffalo Bills on Sunday. This may well be the best team that they play during the entire regular season, so if they come out on top in that one, it will quell a lot of doubt.

And it won’t matter if they win by 14 points or one point. At the end of the day—or rather, at the end of the game—you only need to score more points than your opponent. They don’t keep track of by how much, except for deep tiebreaking purposes.