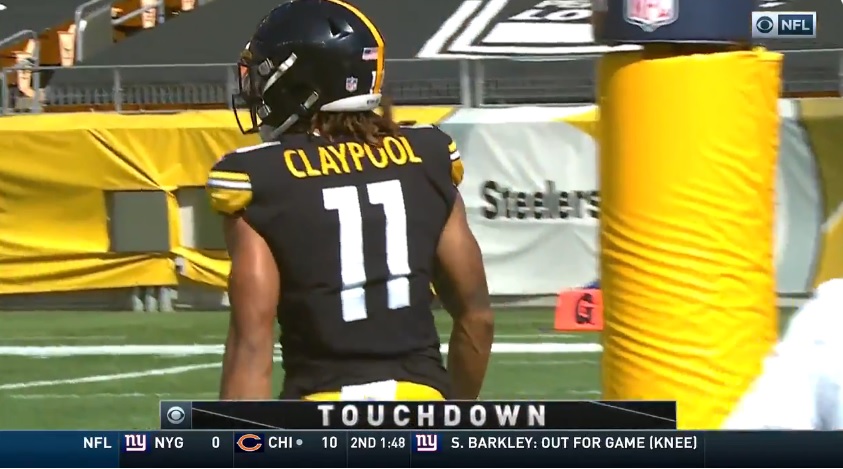 One of the top questions I’ve gotten from Steelers’ Nation the past two weeks has been – where is Chase Claypool? The rookie sensation, just one touchdown shy of tying the rookie team record for touchdowns, has been an afterthought the past two weeks. Both losses by an offense struggling to sustain and finish drives.

Talking to reporters during his Tuesday press conference, Tomlin said Claypool’s reduced snap count and role is prevention against him hitting the rookie wall.

“I’m not acknowledging that he has [hit the rookie wall] but I’m acknowledging that there’s a potential for that,” Tomlin said. “One of the ways you help a young man through that is you reduce his number of snaps. Which is what you see us doing.”

It’s certainly been a long year for this rookie class. It doesn’t just start with the regular season either. Claypool played his final game at Notre Dame less than a year ago, December 28th. Then he trained for the Combine, worked out at the Combine, and trained prior to the draft, though that landscape was a little different because of the COVID pandemic. It’s been non-stop since training camp began in late July and the Steelers were forced to have an early bye instead of a mid-season rest week that would’ve been more beneficial to the team.

Claypool has proven to be a more physically and mentally mature player than most in his shoes but Tomlin is clearly being proactive with him. Especially during this three game, 12 day stretch where many players – rookie or not – have been rotated in and out of the lineup.

James Washington’s excellent play is another factor. Washington has seen his role grow as he’s come up with big plays and touchdowns in the last three weeks. His clutch third down catch to beat the Ravens, his 50 yard TD against Washington Football Team, and his touchdown Sunday night against the Bills. They’re both “Z” type receivers and the more chances Washington receives, the fewer Claypool gets.

It’s also worth noting the Steelers’ offense simply hasn’t run as many plays in recent weeks. They’re not dominating the time of possession battle the way they were mid-season. Claypool only saw three snaps in the second half against Buffalo but the offense only ran 19 total plays and only three in the game’s final 12 minutes. That leaves fewer chances for all their weapons to get involved.

But as this offense continues to struggle, held under 20 points in three straight games, it might be worth the risk of Claypool hitting the rookie wall to get him on the field and inject some playmaking in this offense.