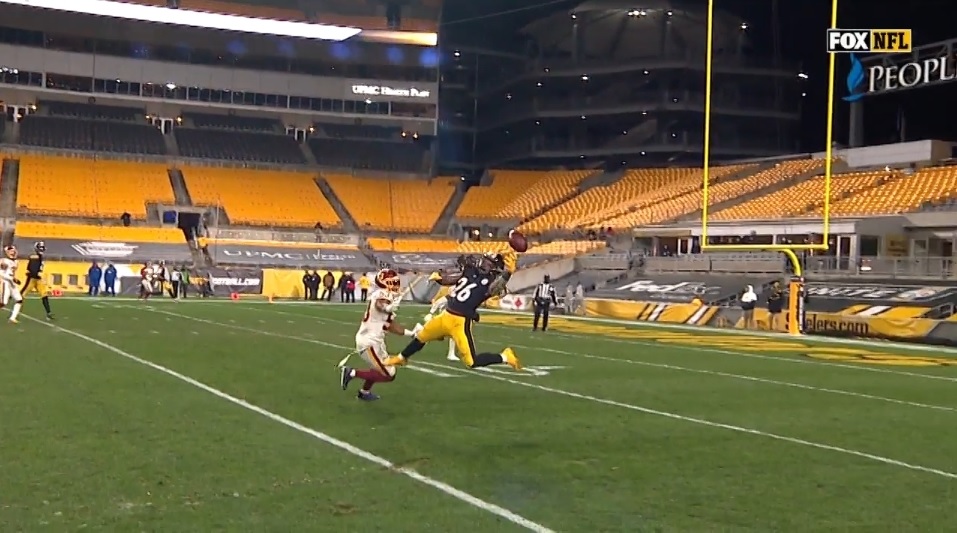 It could’ve been a hero story for Matthew Wright. First NFL game, a chance to kick the eventual game-winning field goal. But Mike Tomlin took the decision out of his hands. Facing 4th and 1 at the Washington 28, Tomlin decided to go for it on 4th down. The playcall? A 12 personnel, empty set sluggo to rookie running back Anthony McFarland. The pass fell incomplete and the Steelers turned the ball over on downs.

After the loss, Tomlin explained his decision to go for it instead of letting Wright attempt a 45 yard field goal.

“I didn’t feel good about putting that on him,” Tomlin told reporters after the game. “I appreciate his efforts tonight. He was above the line, he gave us what we desired. But it was my decision not to put him in those circumstances late in the football game.”

Wright finished the game making all three of his kicks. A pair of extra points and 37 yard field goal.

Tomlin was also asked if McFarland was the primary read on the play.

Giving the football back to Washington, Alex Smith and company put together a nine play, 45 yard drive that set up a Dustin Hopkins 45 yard kick. He connected, giving them a 20-17 lead, with Ben Roethlisberger intercepted on the first pass of the ensuing drive. From there, the game was pretty much over.

Roethlisberger took the blame for the play, saying he needed to deliver a better pass.

“Ant ran a great route. And gave us a chance. And it’s on me to deliver the throw.”

Over the past two weeks, the Steelers’ situational, 4th down playcalling has been questionable at best. Wednesday versus the Ravens, the Steelers threw out of an empty set with heavy personnel in the game: FB Derek Watt, TE Vance McDonald, and RB Benny Snell were on the field. That play ended with disaster, Roethlisberger heaving a lame duck that was intercepted. Today, going empty out of a run-personnel and entrusting a rookie RB who barely caught the ball in college to execute, win, and finish on a double-move seems like the last thing you want to call.

Yes, Steelers’ receivers and tight ends dropped the ball all over the lot. But unless you want to bench everyone, you trust those guys to step up and make a big play. Get the ball to JuJu Smith-Schuster or James Washington, two of the team’s more reliable weapons in recent weeks.

Ultimately, Tomlin’s logic of not asking a rookie (technically a first-year player but this was his first pro game) like Wright to make a tough play led him to ask a rookie in McFarland to make an even tougher one. Going for it wasn’t the worst decision. But the actual playcall was.

Instead of Wright attempting a 45 yard field goal, Washington got to kick their own 45 yard try. And in doing so, handed the Steelers their first loss.