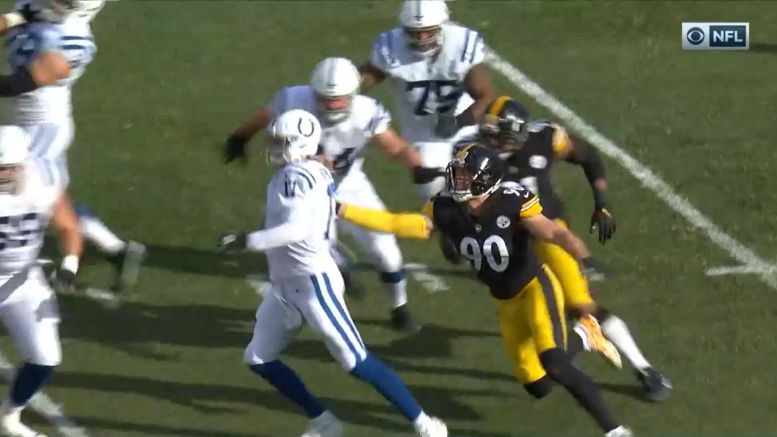 The Pittsburgh Steelers have a total of six seasons in which a player has recorded at least 14 sacks in a single season in franchise history. T.J. Watt now has two of them. In fact, he has three seasons with at least 13 sacks, and he is the only player out of 10 total such seasons with more than one of them.

Even if you drop the threshold to 12 sacks, you only pick up two more players with multiple seasons. Both Willis and Gildon had multiple seasons with at least 12 sacks, and you also add Cameron Heyward’s 2017 season to the list—the only defensive lineman other than Willis in franchise history to hit double-digit sacks, until Stephon Tuitt became the third with his 10th sack of the year against the Colts.

With two sacks against the Indianapolis Colts, Watt also surpassed his own career-best with his 14th and 15th sacks. He already had the third-most sacks in a single season in franchise history at 14.5, which he recorded in 2019. With 15, he now ties Merriweather for the second-most, and if he records one more in the finale against the Cleveland Browns, he will tie Harrison for the all-time team record of 16 sacks in a single season.

One more half-sack would also make him just the eighth player in franchise history to record 50 sacks for an entire career with the organization, since the official start of the sack as a statistic in 1982. And of course, assuming that he actually plays in the finale, he should have his sights set on claiming the franchise record for single-season sacks, which he needs one to tie, or 1.5 to break.