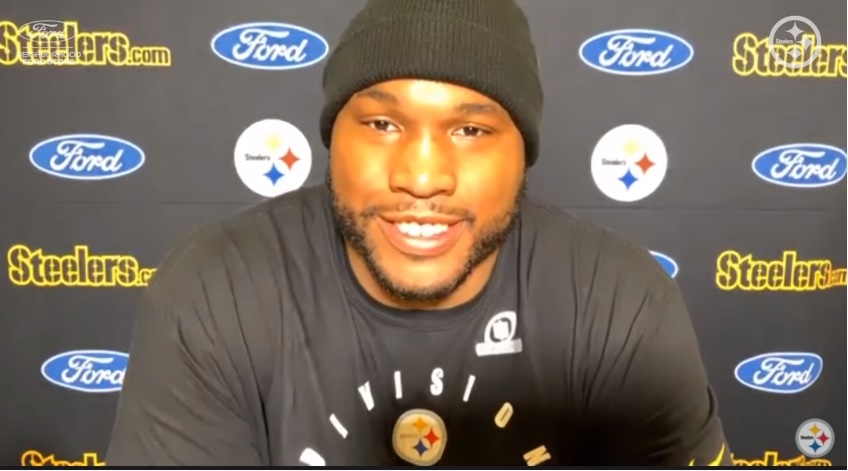 Winning the AFC North isn’t the Pittsburgh Steelers’ ultimate goal. But it’s the first step on the road to a Super Bowl. Stephon Tuitt knows how long the journey of a 16 game season is. And he’s thrilled to wear his 2020 AFC North Champion hat and T-shirt.

Talking to reporters after Sunday’s comeback win over the Indianapolis Colts, Tuitt discussed what being crowned division champs means.

“It means a lot,” he said. “You see me representing the shirt right now.”

Tuitt sported a “Won Not Done” shirt emblematic of their mindset. Winning the AFC North is always the Steelers’ first goal and something they discuss way back at training camp. Now, they’re champs, even if it took a few weeks longer than anyone anticipated.

The AFC North is one of football’s most competitive divisions. There’s a strong chance three teams from there will make it into the postseason. Pittsburgh’s long clinched their spot with Baltimore and Cleveland standing good odds of joining them. Overall, the Steelers have done well against the North this season, going 4-1, their only blemish being last week’s upset loss to the Bengals.

“We have a tough division. We’ve got a lot of great players in our division. Got a lot of good teams and it’s not easy to come by this. We do not take this for granted.”

Tuitt knew winning the division was even more important to the younger players on the team. Many of whom are going to the playoffs for the first time in their careers after Pittsburgh missed out on postseason action in 2018 and 2019.

“This is an opportunity, not for myself whose won a couple of these, but for the younger guys on the team to see how hard you gotta work for it. To just get an opportunity to wear shirt and a hat like this.”

The Steelers have now ten divisional titles under Kevin Colbert. Seven of them since Mike Tomlin took over in 2007. Pittsburgh’s won the North. They’re in the playoffs. Now it’s time to break a couple other streaks. Get the team’s first playoff win since 2016 and their first Super Bowl appearance since 2010.