Are you looking forward to watching the Pittsburgh Steelers play the Washington Football Team Monday night? If so, you might want to check your local television listings way prior to the game and especially if you’re not a DIRECTV subscriber.

Read it and weep:

The official television coverage map from FOX was released by the Steelers on Sunday and as it shows, there are only select areas of the country that will be able to watch the game live on FOX. In short, if you don not live in any of these markets and if you’re not a DIRECTV subscriber, you will need to make other plans to watch the game.

The game is scheduled to kickoff at 5:00 p.m. EST. Fox Sports will have Kevin Burkhardt, Daryl Johnston, and Pam Oliver calling the game. 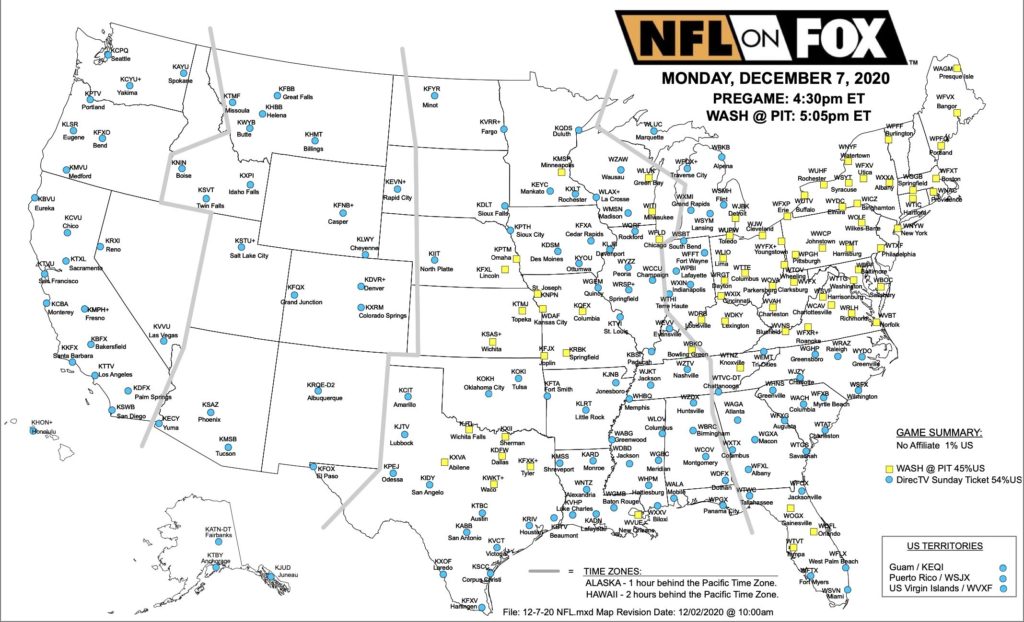