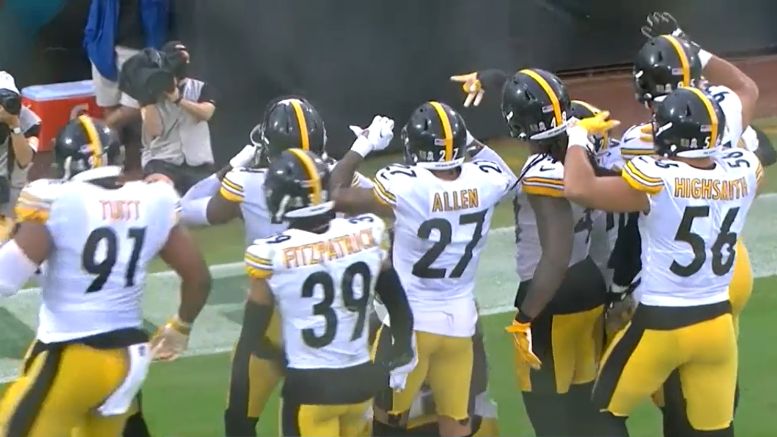 As we’ve done in the past, the keys to the Pittsburgh Steelers winning (or losing) today’s game. Three things that need to happen for them to end up on the right side of the score and vice versa in this 2020 Week 14 game between the Steelers and Buffalo Bills.

The number one thing I ranted and raved about after last year’s loss to Buffalo was how overwhelmed the Steelers’ offense was by the Bills’ blitz schemes. Totally wrecked them from start to finish and Pittsburgh always felt like playing catchup. Devlin Hodges was sacked four times, pressured a half-dozen more, and the offense went nowhere. That can’t happen again.

Of course, the best news is that Ben Roethlisberger is back. That will obviously help deal with some of the pressure looks the Bills are capable of offering. But they still have to block it up and there were failures on the line and the back in last season’s loss.

The question here is if Buffalo actually brings heat again. Not out of principle, they’re the 8th highest blitzing team this season, but as Baltimore and Washington showed, dropping 7-8 into coverage is the way to counter the Steelers’ quick game attack.

For the season, Pittsburgh has a top ten red zone offense. It sure hasn’t felt like it the last two games in two of their worst offensive outputs of the season. Combined, 2-7 against the Ravens and the Football Team. Convert just once more in those games and you get a comfortable victory over Baltimore and a win over Washington. The most embarrassing sequence came last week. Four plays from the one. Three failed runs and an ugly target for Jerald Hawkins. Pittsburgh has to return to form. More physicality up front and less “cutness” with their playcalls.

Something I wrote about in my X Factor article Saturday. This is a big one. Avery Williamson will be the Steelers’ signal caller tonight, a role he had replacing Robert Spillane last week but the results weren’t pretty. Too much pre-snap chaos, too much post-snap miscommunication. Williamson has had the week to prepare as being the guy and he has to lead as such. An uncomfortable situation for a guy who got here a month ago but he’s had some playing time and been in Pittsburgh long enough to know the fundamentals of the defense.

Big worry here. Pittsburgh prides themselves on having personnel flexibility. That’s limited by all the injuries. No Joe Haden. No Robert Spillane. No Vince Williams. The focus here is just winning with base personnel. Finding another inside linebacker next to Williamson. Getting Cam Sutton ready to play LCB.

It’ll be harder to go into their heavier, base personnel groupings. It’ll be more difficult in their dime defense with Sutton replacing Haden on the outside. Not impossible and there are guys like Antoine Brooks Jr. who can fill some of those new roles. But Keith Butler’s biggest flaws pop up when injuries limit answers. Think of the Chargers game in 2018. Pittsburgh blamed their matchup problems on injury. Hope we don’t get a repeat of Cole Beasley tearing things up in the slot.

Last week, we told fans to watch out for Washington WR Cam Sims. And he burned the Steelers, not #1 wideout Terry McLaurin. Even if the secondary takes away Stefon Diggs, guys like WR Gabriel Davis can still make plays. Davis is their top vertical threat, seamlessly replacing the injured John Brown, and actually leads Buffalo in touchdowns. Can’t let him win over the top. He’s their James Washington.

Andre Roberts has been a top return man for a long time. Started his career in Arizona, now in Buffalo. This year, he’s averaging 28.7 yards per kick return (4th in the NFL and highest among all returners without a TD) and 12.0 yards per punt return (tied with Ray-Ray McCloud for third). Feels like every week, this guy is making a field-flipping play in the kicking game. Steelers’ coverage units have been sound this season but they’ll have to step up once more. Again, depth could be tested because of injuries and newer faces working their way into the lineup.