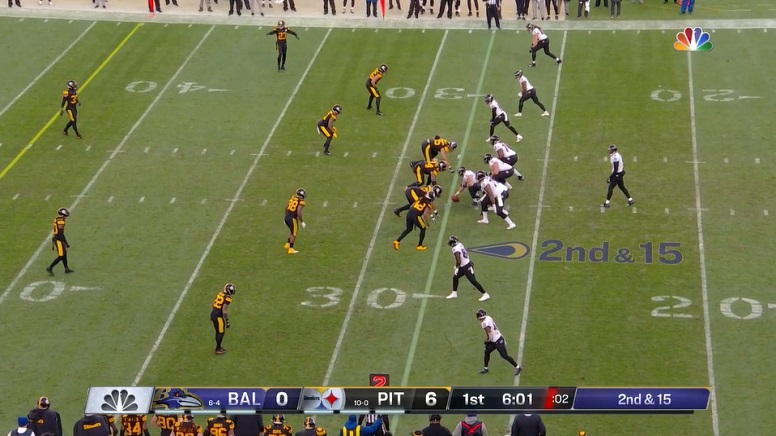 Against the Baltimore Ravens on Wednesday, the Pittsburgh Steelers had 22 different players log at least one defensive snap in their home win. That group of 22 players included inside linebacker Avery Williamson playing 25 total defensive snaps, which is the mist for him since being acquired via a trade several weeks ago. On Thursday, Steelers head coach Mike Tomlin was asked about Williamson’s increase in playing time against the Ravens and if that is a sign of things to come moving forward into the final five games of the regular season.

“No, if you really look at it, we played a lot of guys on defense and we did that by design,” Tomlin said. “We’ve got a block of games here in a very short period of time where the strength of the pack is the pack. And so, we were thoughtful about playing a lot of people in an effort to keep the group up. And we did it last night. We’ll do it again on Monday.”

That certainly makes a lot of sense as the Steelers will play three games in a span of 12 days come time they play the Buffalo Bills Sunday night on the road in Week 14. That game against the Bills is just six days after the Steelers will have played the Washington Football Team this coming Monday night.

Williamson played early and often against the Ravens on his way to registering two total tackles. At different points of the game he found himself on the field at the same time with either Robert Spillane or Vince Williams, the team’s two starting inside linebackers.

The Steelers dressed six defensive linemen in total against the Ravens with starter Stephon Tutt out on the team’s Reserve/COVID-19 list. All six of them played at least four snaps in that Wednesday game as well. It’s not totally clear just yet if the Steelers will have Tuitt back for the team’s Monday night game against Washington. However, even if he is back and able to play against Washington, odds are probably rather good that the team will once again dress six defensive linemen in total.