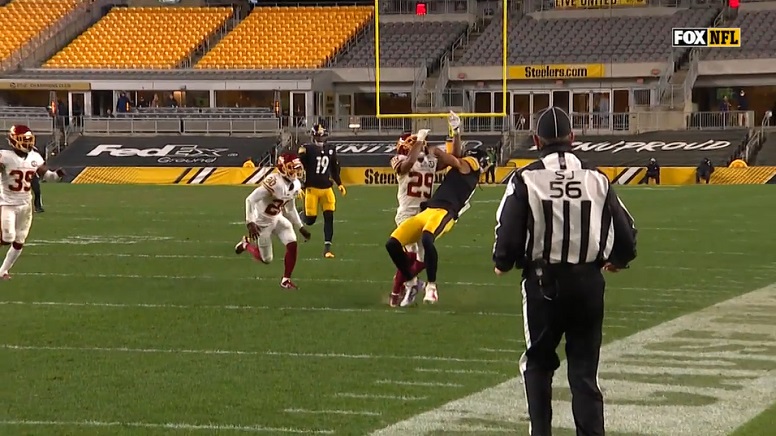 The Pittsburgh Steelers had several more dropped passes in their Monday night home loss to the Washington Football Team and that played a large part in them suffering their first defeat of the 2020 season. Rookie wide receiver Chase Claypool, however, was one of the few Steelers eligibles that didn’t have a drop in that game but within that statement needs the context that he only played 31 offensive snaps and was targeted just four times on his way to registering two receptions for 38 yards.

What doesn’t stick out in the Monday night game stat book, however, is the fact that Claypool drew yet another defensive pass interference penalty against Washington. It was his eighth drawn defensive pass interference penalty of the year. That play, a pass down the left side of the field on a third down and 2 from the Washington 39-yard-line with 56-secnds left in the third quarter, wound up gaining the Steelers offense 14 yards.

With 13 weeks of the NFL season now in the books, Claypool not only has a commanding lead in defensive pass interference penalties drawn with eight, his 185 penalty yards drawn is also still tops in the league and 68 more than the player in second place, Tampa Bay Buccaneers wide receiver Mike Evans. 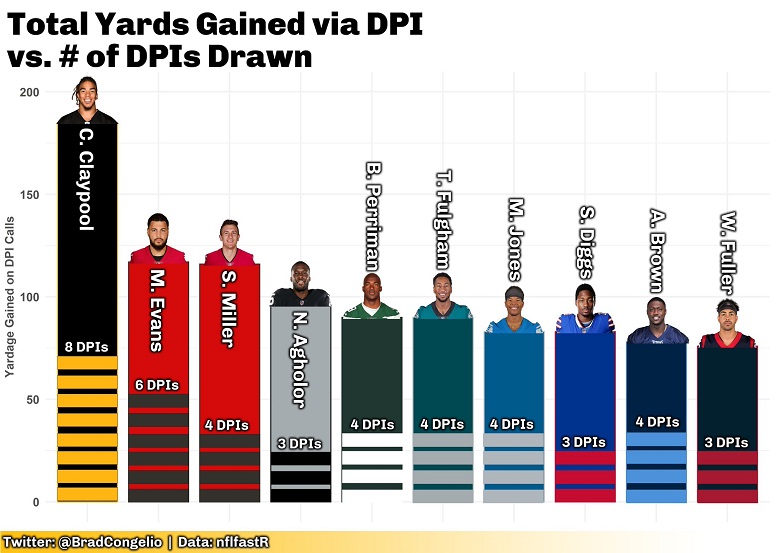 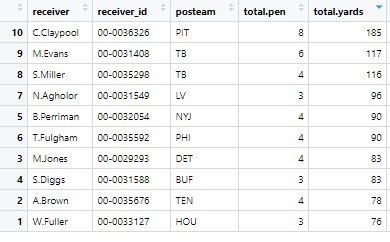 Claypool is currently second on the Steelers in total receiving yardage through Week 13 with 649 yards on 47 receptions. Add in his 185 yards he’s drawn on penalties and he’s just 166 yards away from 1,000 for the season. While he does have three drops on the season, they’re not as egregious as most of them we’ve seen so far in 2020 and especially not in the last two games.

Why did Claypool’s snap count suddenly drop against Washington and is that a sign of things to come? Here’s to hoping it’s not. The Steelers offense needs quarterback Ben Roethlisberger to start pushing the ball down the field a little more moving forward into the team’s final four games. To do that, Claypool needs to be on the field.

While there’s certainly no need to force the football deep down the field to Claypool, odds are good that when and if Roethlisberger does target him during the final quarter of the season that the rookie out of Notre Dame will either catch the pass or draw a defensive pass interference penalty if he doesn’t.

Claypool’s drawing a penalty roughly every 11 targets his direction and that frequency drops quite a bit when it comes to passes more than 15 yards down the field. With four games remaining in the season, Claypool can potentially draw at least three more defensive pass interference penalties and possibly another nine to ten deep pass receptions. To do that, however, he’ll likely need to be on the field for more than 31 offensive plays a game.