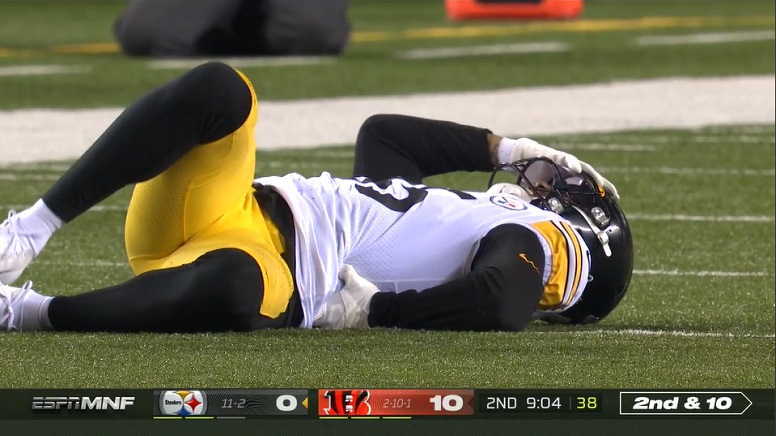 The Pittsburgh Steelers suffered a few injuries in their 27-17 Monday night road loss to the Cincinnati Bengals and head coach Mike Tomlin recapped them all during his postgame press conference.

Allen left for just a little while after suffering a stinger late in the third quarter. As Tomlin indicated, Allen returned to the game.

Tomlin did not mention inside linebacker Ulysees Gilbert III during his injury recap. Gilbert, who left with an ankle injury, was able to return to the game in the second half.

The Steelers had two players miss the Monday night game with injuries and they were running back James Conner (quadricep) and guard Kevin Dotson (shoulder). Additionally, inside linebacker Vince Williams missed another game Monday night on the Reserve/COVID-19 list.