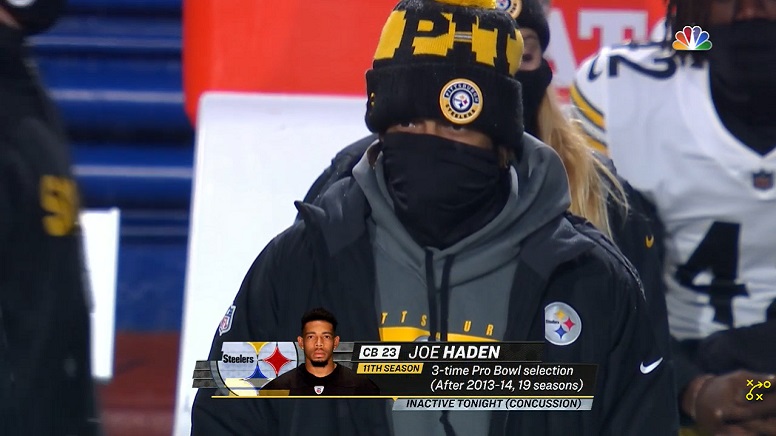 Sunday night marked the seventh game that Haden has missed as a member of the Steelers. In 2017, his first season with the Steelers, Haden missed five games due to a broken fibula.

The Steelers allowed Bills quarterback Josh Allen to throw for 238 yards and two touchdowns Sunday night on 24 total completions. Most of Allen’s passing yards came in the second half, however. With Haden out Sunday night, cornerback Cameron Sutton stared in his place opposite Steven Nelson.

For the season, Haden has 48 total tackles, two interceptions and 11 passes defensed.