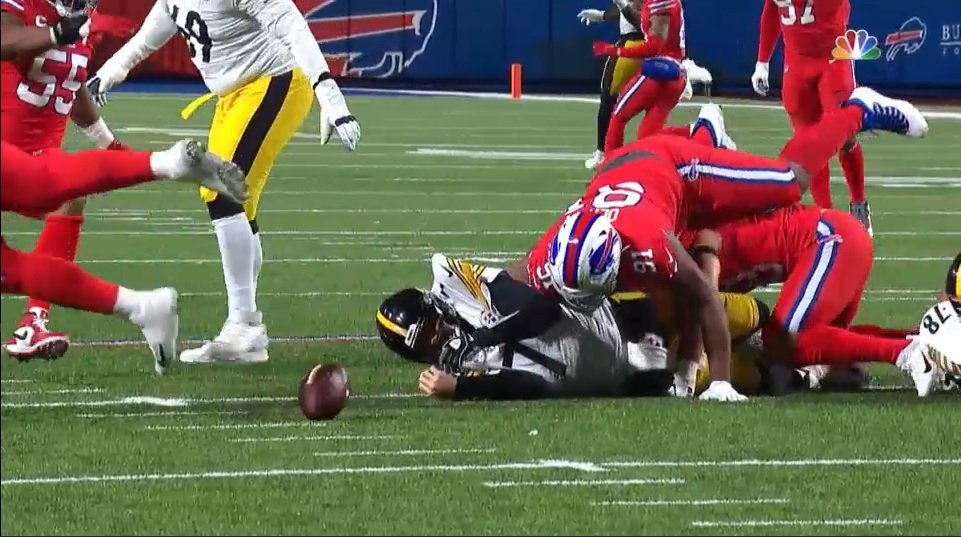 It has been…awhile since our last one of these. For the first time since Week 8, breaking down the lone sack allowed by the Pittsburgh Steelers against the Buffalo Bills.

I shouldn’t be so frustrated knowing it’s been so long since Pittsburgh gave up their last sack. But man, this one hurts. After being sacked four times last year and pressured several more, I wrote a long post breaking down how Sean McDermott broke the Steelers’ pass protection. How he used concepts taught by the late, great Jim Johnson to exploit and overload Pittsburgh’s six man protection.

In essence, the Bills repeatedly bluffed and mugged A gap pressure with both their ILBs, brought only the ILB to the backs’ side and blitzed a nickel corner off the back’s side too. Here’s how it looked last year. Just one of countless examples.

Astute readers know where this is going. Yup, the Bills’ sack came on the same exact concept Sunday night.

Identical pre-snap looks. Bills putting both ILBs in the A gaps. The one to the side of the running back blitzes while the other drops. And they bring the nickel corner from the back’s side too. RB Jaylen Samuels blocks opposite of the center slide (Pouncey sliding right, Samuels sliding left) to pick up each of the potential blitzing ILBs. 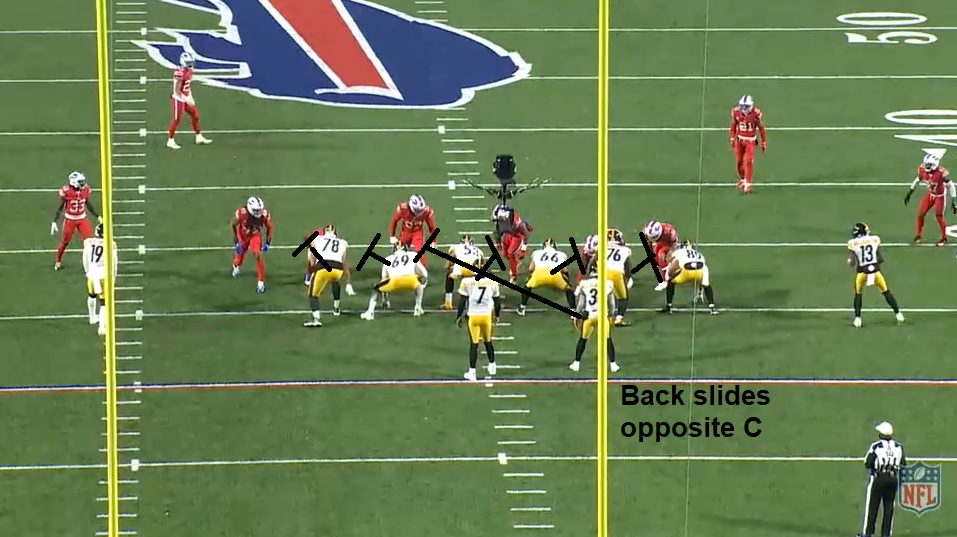 Samuels’ guy drops out on the snap. Samuels does get his eyes backside to the nickel blitz. So credit for at least recognizing it. But the execution between him and RT Chukwuma Okorafor is poor. Both players slide to the nickel corner, no one taking LB Matt Milano in the B gap. Milano comes free and is the first to hit Roethlisberger. 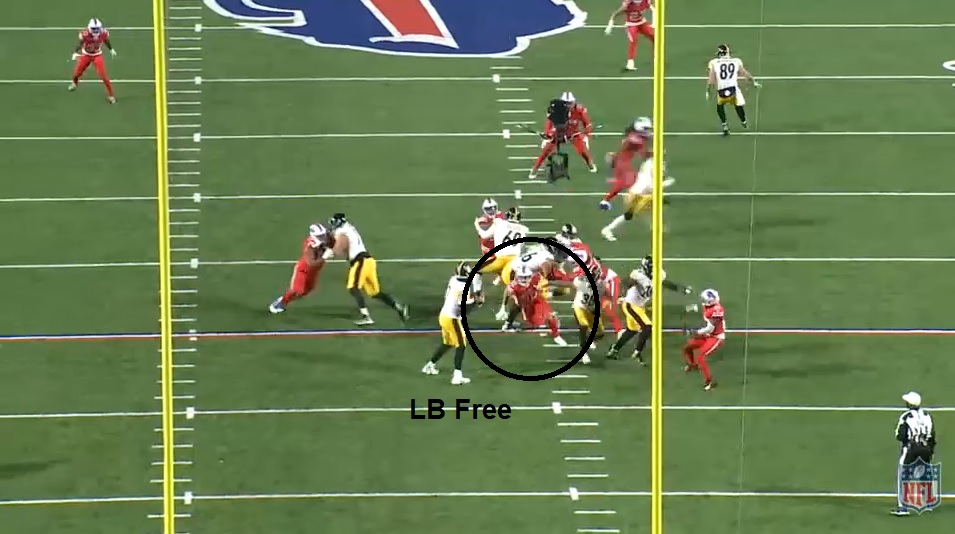 Alejandro Villanueva allows some late pressure as Bills’ defenders pile in to clean things up. But the pressure stemmed from another failure on the right side, the same exact stuff that tripped up this team last year.

The only upside is this blitz didn’t kill the Steelers over and over like it did in 2019. Mainly because I believe this is the only time they ran it. But the fact Buffalo was able to fool the Steelers even once is just poor coaching and execution. It’s hard to know exactly whose fault it is. Should Okorafor stayed on the LB and the back to the corner? That would make the most sense, give me a tackle blocking a linebacker, a back on a CB. But of course, it’s a greater distance for the back to cover if he has to scan and come across to the DB. Last year was such a disaster it’s hard to see it go “right” to compare, our go-to tool when determining miscommunication.

I’m going to put a half-sack on Okorafor and Samuels since it’s hard to suss out who should’ve done what. But my ire goes to a coaching staff that can’t get same problems fixed, specifically OL coach Shaun Sarrett.

Blame: Half on Okorafor, half on Samuels