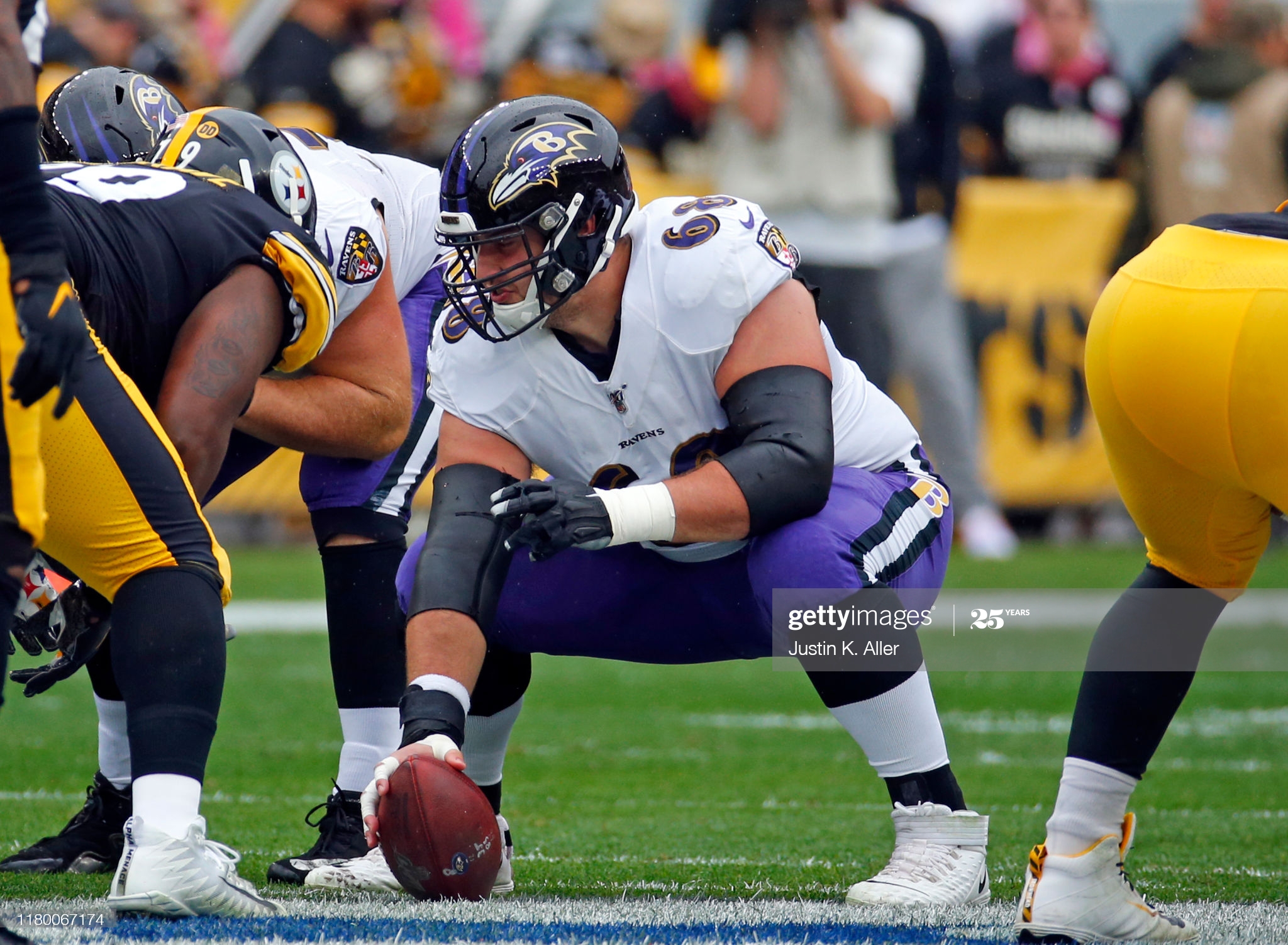 The Baltimore Ravens got key reinforcements for their offensive line yesterday from reserve lists, though not the same ones. D.J. Fluker was activated from the Reserve/Covid-19 List after spending a couple of days there. They also activated rookie Tyre Phillips from the Reserve/Injured List.

Both of them figure to be in their starting lineup against the Steelers tomorrow, which, with these two back, should not only feature one sub-optimal starter out of the five for which there is a possibility of playing. Obviously, they are not getting Ronnie Stanley back at left tackle, but Orlando Brown has taken over there, and Fluker has filled in at right tackle.

Phillips has missed the past three games, in actuality, since suffering an injury against the Pittsburgh Steelers the last time they met. Patrick Mekari started the next two games at right guard, but then started at center in place of Matt Skura after he was benched. Ben Powers started at right guard in that game.

With Phillips and Fluker back on the right side, and Brown and Bradley Bozeman still in place on the left side, the only dubious spot with both Skura and Mekari out is at center—but it’s a big one. The only true center that they have on the roster is rookie college free agent Trystan Colon-Castillo, who doesn’t have a professional snap played in his career.

And he will be going against Tyson Alualu and Cameron Heyward, players who make Skura and Mekari look bad. If they can have their other four best options in the starting lineup, that is obviously a key win considering how bleak the situation had been looking, but having a complete novice at center is scary.

Especially after they had been unable to practice since the last time they played in a game a week and a half ago. There is a high probability that Colon-Castillo has ever actually never taken a snap with the first-team offense.

Their only alternative to this would be to move Bozeman to center, even though it is not his natural position. He is center-capable in an emergency in the way that a Chris Hubbard or a Trai Essex has been in the past. But considering the fact that they benched Skura for bad snaps just a game ago, they might not want to be doing that.

Interestingly, outside of Powers and Ben Bredeson, Baltimore’s depth for the game is likely to be a pair of former Steelers, Jake Rodgers and R.J. Prince. Prince has been in the Ravens’ system for a couple years and is on the practice squad. Rodgers was recently claimed off waivers.