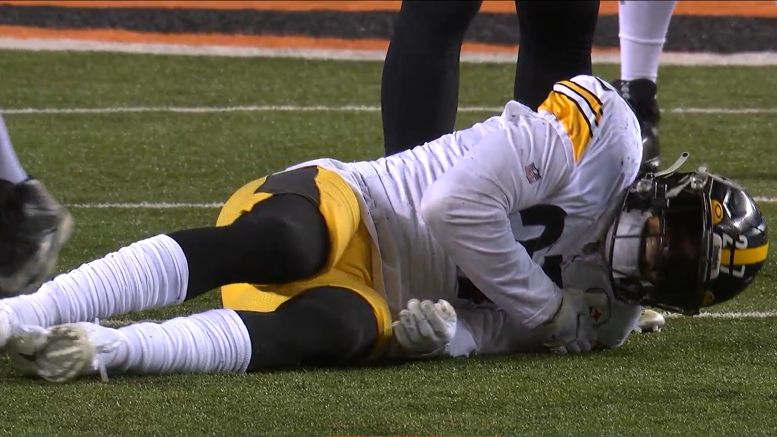 One thing that the Pittsburgh Steelers have not done well at all in recent weeks is control the ball, especially so on offense. Against the Cincinnati Bengals, for example, they had only three drives out of more than a dozen that spanned much more than 90 seconds. They had several drives last under a minute.

Each of their first five possessions, in fact, lasted just three plays or fewer. Two of those possessions ended in the offense giving the ball up via a lost fumble, putting their defense not just in negative situations, but with minimal rest.

Head coach Mike Tomlin acknowledged yesterday during his pre-game press conference that this has been an issue, and it is only exacerbated by the fact that the defense is currently playing with a number of players in elevated role or unfamiliar roles.

“That group can get worn down, particularly those who are elevated in their roles, guys like Marcus Allen, who has got an increased role because of the lack of availability of Vince Williams and stuff like that”, he said. “It could be catastrophic for them, and that is why we have to start faster than we have. You put a defense in harm’s way under the circumstances and individuals within a defense, particularly those who are in expanded roles”.

Unfortunately, the offense basically being bad for the first quarter or two has been a theme that has spanned the majority of the season. They are almost surely among the worst teams in the league in terms of moving the ball offensively in the first quarter, but they have been helped in terms of scoring—sometimes directly with defensive touchdowns—by the defense setting them up with short fields.

The offense certainly needs to do much better especially when they know that the defense is shorthanded. With a young rookie in Alex Highsmith starting at outside linebacker due to injury, a midseason trade acquisition in Avery Williamson in there for Devin Bush and Robert Spillane, Marcus Allen logging major time, and on down the list, you only put yourself in vulnerable situations when you keep the unit out there for so long without breaks provided by the offense.

The problem is—how do you fix it? If it was an easy fix, they obviously would have done it by now. It’s not just play-calling. So much of it is execution. The Steelers are missing plays, whether it’s missing a throw or a block or a read or a cut, or committing a penalty, they always find a way to mess things up early on. if that doesn’t change soon, this defense is only going to continue to get exposed where it is vulnerable.