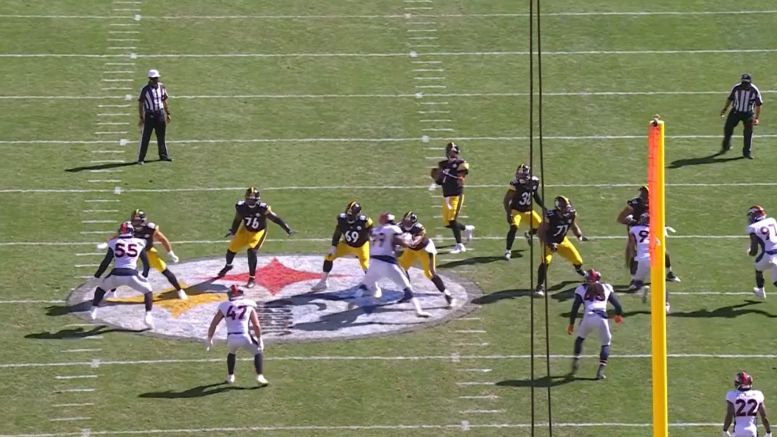 We have reached the point that whenever the Pittsburgh Steelers play, one of the chief points of discussion during the broadcast will be their passing game and how quarterback Ben Roethlisberger is leading the league in time to throw, meaning that from the snap of the ball to the release, he has the quickest process in the NFL.

That is a product of the fact that so many of his passes are short ones, pretty much at a level that nobody else in the league is really even approaching. They are taking dink and dunk to a new level—but perhaps part of the reason is the simple fact that the deep passing game has never come together this year.

Or could it be because the Steelers do not trust that their offensive line, which has featured some moving parts both from the offseason and during the course of the year, would be able to give Roethlisberger the necessary protection for a higher percentage of deep dropbacks for long-developing plays? Not according to head coach Mike Tomlin, at least.

“I don’t have any concern whatsoever about our offensive line’s ability to protect for Ben”, he told reporters yesterday during his pre-game press conference when he asked if that was a factor in the prevalence of their short passing game. “Whether it’s short passing or intermediate passing or down the field passing, pass protection has been an asset to us”.

The pass protection, indeed, has been an asset, though the run blocking is another question. There is no disputing the fact that Roethlisberger’s quick time to throw is playing a large and important role in the amount of hits that he is taking this year, but the offensive line has also been giving him some great pockets.

That is in spite of the fact that they have seen Matt Feiler slide over from right tackle to left guard to take over Ramon Foster’s spot to start the year. It is also in spite of losing their new starting right tackle, Zach Banner, in the season opener. In spite of David DeCastro missing three games—in spite of Maurkice Pouncey missing two.

Whoever they have plugged in, whether it’s Chukwuma Okorafor at right tackle having made 12 starts or rookie and first-year guys like Kevin Dotson and J.C. Hassenauer filling in, the one thing that they have done is hold up in pass protection.