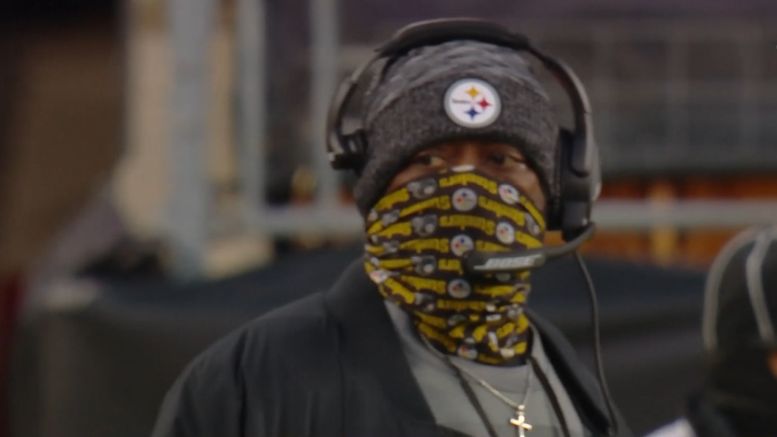 Pittsburgh Steelers head coach Mike Tomlin was not happy with his team after they defeated the Baltimore Ravens on Wednesday evening, knocking their chief rivals out of the running for the division race, securing a winning record in divisional play, and making the Cleveland Browns’ road to the title that much harder.

A 19-14 score in a Steelers-Ravens game is actually fairly customary—under 40 points combined and decided by one score. But this was a Ravens team that was without numerous starters, from quarterback Lamar Jackson, running back, J.K. Dobbins, and tight end Mark Andrews, to outside linebacker Matt Judon and defensive linemen Brandon Williams and Calais Campbell.

And it wasn’t because of the level of competition that he was upset with his team. It was what they actually did on the field, the mistakes that led to it being a much closer game that on the surface it had any right being. He talked about his post-game reaction during The Mike Tomlin Show last night.

That was probably an expression of frustration, but I also want our team to know that that’s an unacceptable level of play, regardless of outcome. You just don’t win many games making the type of errors that we made in-game. Many of which I outlined after the game. We weren’t able to consistently run the ball. We had significant drops, and in situational plays in the red zone and things of that nature. We gave up a big run on a possession down at the end of the half on defense that put them in scoring territory. We gave up a big pass for a touchdown in the latter portions of the game. Those are some things, couple with some of the errors that I outlined on special teams. I’m not worried, necessarily, about a pattern, but we’d better acknowledge what we did in that stadium, and we’d better commit to work to minimize the potential of those things moving forward.

As he always reminds, it’s easier to learn these lessons and get back in the lab coming off of a win rather than a loss, but everybody in the locker room understands that they cannot play the same way against the Washington Football Team as they did against the Ravens and expect to win that game.

Although Washington has a losing record, that is a team that has a lot of talent, especially on the defensive side of the ball, among the league leaders in sacks, and they have skill players who can make plays, with a veteran at quarterback in Alex Smith who is finding his footing after years out of football.