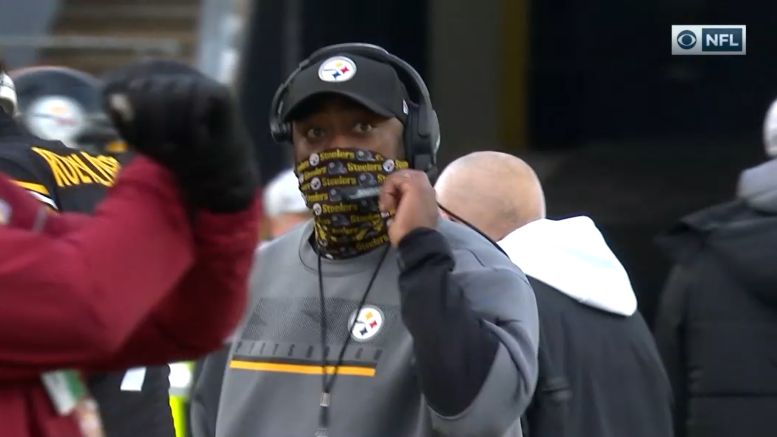 The Pittsburgh Steelers accomplished an important landmark today by securing the victory that guaranteed their winning the AFC North title, which means that they will be no worse than the third seed—since they have a head-to-head tiebreaker over the Tennessee Titans—and will play at Heinz Field for at least one more week.

But the possibility remains that they can still win the second seed if they finish with a better record than the Buffalo Bills, who don’t play in week 16 until tomorrow night against the New England Patriots, before closing out the season against the Miami Dolphins.

Both teams currently have three losses, but if the Bills lose either of these two games—and it’s certainly a possibility—than the Steelers could secure the second seed by defeating the Cleveland Browns in their season finale.

The question is, is that significant enough of an incentive to pass up the opportunity to rest some starters, in a season in which they never had an uninterrupted period of rest? They had their bye week moved up when a Covid-19 outbreak in the Titans organization resulted in the game being postponed to a later week, by which point the Steelers had already been practicing and preparing for days.

Head coach Mike Tomlin was asked after today’s game what goes into the decision of who they might play in next week’s game and how much they might play. “We’ll ponder those possibilities in the morning”, he said. “Tonight, we’re gonna wear our hats and t-shirts.

Back in 2017, when the Steelers were locked into the second seed and a first-round bye, but the possibility remained that they could still win the first seed if the Patriots lost in the finale, Tomlin chose to rest a large number of starters.

This year, it’s impossible for the Steelers to earn a bye week (the second seed no longer gets a bye), so the difference between the second and third seeds is more negligible. And with the extraneous factors with their lack of rest—even their Thursday game was postponed six days, leaving them to play on a Wednesday and to have to play another game five days later—one has to consider the value of rest over the difference between the seeds available to them.

On the other hand, this is a team that has struggled a lot lately, riding a three-game losing streak before overcoming a 17-point deficit today against a good Indianapolis Colts team. Both sides of the ball have issues that they still need to work on, to ‘get right’ before the single-elimination tournament begins.

It’s not a simple decision here, though I think for many they might take it as such. Are you really comfortable with what you’ve seen, for example, from Ben Roethlisberger collectively over the past five weeks? Before the second half of today’s game, he was playing like a backup.