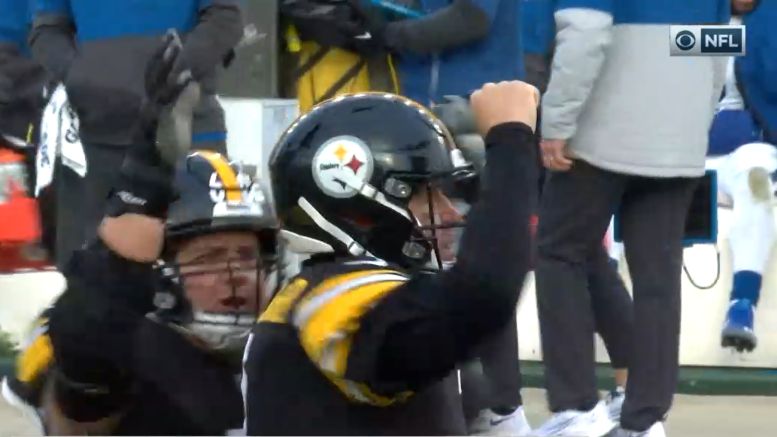 ‘A tale of two halves’ has become a rote way of describing a football game in which a team plays poorly or well in the first half and then does the opposite in the second. But today’s game for the Pittsburgh Steelers against the Indianapolis Colts would be as apt a time to use the cliché as any.

Trailing 21-7 at halftime—and then 24-7 after the opening drive of the third quarter—the Steelers offense scored 21 unanswered points to overcome a 17-point deficit, the defense doing its part to slam the door and hold the Indianapolis Colts scoreless on their final five possessions, with just five first downs.

While the defense keeping the Colts out of the end zone was critical, it wouldn’t have mattered if the Steelers didn’t get better play out of quarterback Ben Roethlisberger in the second half. He finished the game completing 34 of 49 pass attempts for 342 yards and three touchdowns with a 109.4 passer rating, but the first half was something very different.

By halftime, Roethlisberger had completed just 11 of 20 pass attempts for 100 yards with a quarterback rating of 68.8. He had multiple passes that could have been intercepted. Although the latter was also a concern in the second half, he would complete 23 of 29 pass attempts  for 242 yards and three touchdown passes over the final 30 minutes, so much can be forgiven for that.

“I’ve been watching Ben like you guys have for 17 years”, head coach Mike Tomlin said just a short time ago during his post-game press conference. “A half of play is not going to define him. He’s a competitor, and as long as there’s time on the clock, he’s gonna keep coming at you”.

Will this be the half, for both the offense and defense, that rejuvenates a Steelers team that very much looked like a Super Bowl contender through much of the year? While they certainly have plenty of warts, something Tomlin also acknowledged, so, too, does everybody else.

If the passing game and the defense can play like they did in the second half, that can be the difference. Roethlisberger pushed the ball down the field more in the second half, and with more success. One can only hope that that breeds confidence, and further success.