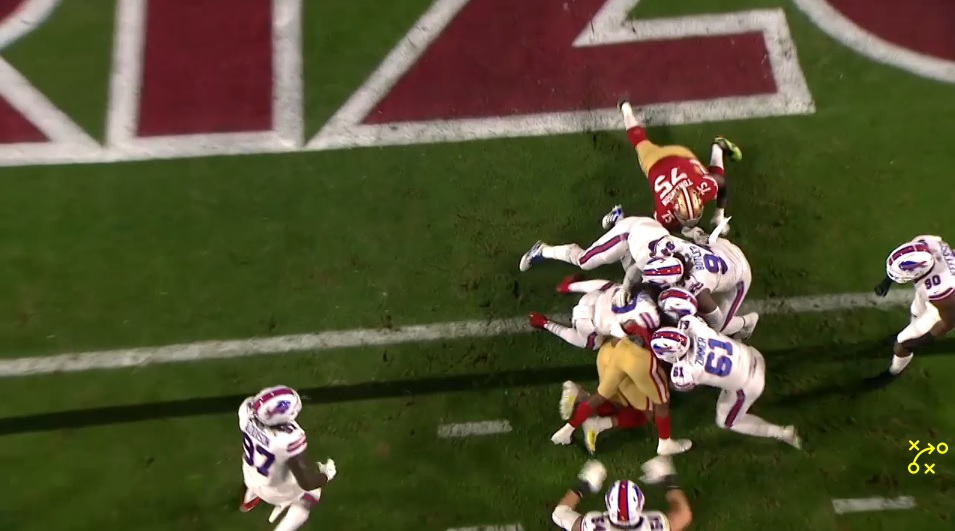 With an offense that has really sputtered the last few weeks thanks to a combination of an inability to run the football, receivers who can’t catch and a play-caller over-thinking things in key situations, the Steelers have been tough watch. Somehow the out of rhythm offense gets even worse inside the red zone. In the last three weeks, the Steelers touchdown scoring percentage in the red zone is only 33%, which ranks them as 30th in the league in that span ahead of only the Baltimore Ravens and surprisingly, the Kansas City Chiefs.

While three weeks is a much smaller sample size than an entire season, the 33% is a lower number than that of the 2019 Steelers team quarterbacked by a combination of Mason Rudolph and Duck Hodges. Last year’s team managed to scramble together a measly 35% touchdown percentage in the red zone.

The Buffalo Bills red zone defense ranks in the top 10 over the same span stopping teams over 50% of the time. Needless to say, turning red-zone trips into seven points instead of three or zero is often the difference between wins and losses in the NFL. This was the case last Monday for the Steelers as they suffered their first loss against the NFL’s number one red zone defense in the NFL, the Washington Football Team.

The perfect illustration of the Steelers offensive output the last few weeks was the five straight plays from the one-yard line of Washington without scoring and turning it over on downs. Even though it occurred in the second quarter of the game, it’s a true gut punch at your chances to win a close football game in the NFL.

It all starts upfront with this Steelers offensive line proving to be unable of creating any consistent push at all this year. Let’s take a look at how the combination of not putting your players in a position to win on top of poor execution results in failure at the goal line.

In the above clip, you can see the left guard, Matt Feiler, pulling on a power run. I personally, cannot stand pulling linemen at the goal line. It leaves an open gap for backside penetration in an already tight quarters situation. In this case, however, the pulling guard, Feiler, actually gets tripped up due to the play side guard and tackles being pushed back at the point of attack, completely destroying the play. Poor play call. Poor execution.

Here’s another example where the Steelers as a whole aren’t putting players in a position to win. The tight end, Eric Ebron, is put in motion presnap. Ebron is not being paid for any bit of his ability to block, his woes in that area of the game are well documented. Letting him motion to outside leverage on the EDGE defender, Chase Young is a recipe for disaster. By motioning Ebron to the backside, it also leaves the play side EDGE defender unblocked. All of which create a recipe for failure on 4th & goal.

Now on the opposite side of this matchup, the Bills have enough juice to make a 4th and goal stop of their own. On Monday Night Football, their defense was able to hold the San Francisco 49ers offense three-straight plays from inside the 2-yard line.

Later in that same game, the Bills were able to force the 49ers into a 3rd & goal after they started with a 1st & goal from the 1-yard line. The Bills ran a 2-deep man-under coverage and strapped up the 49ers receivers. The quarterback then tries to force the ball into the end zone and all-pro cornerback, Tre’Davious White, makes him pay.

The Steelers have a ton of issues on offense right now and have been widely exposed by their last few opponents. The Buffalo Bills are one of the hottest teams in football right now and on paper are one of the toughest teams that the Steelers have played in weeks. Maybe playing a tougher opponent after a loss will wake this team up. They have a chance to silence a lot of doubters this week.