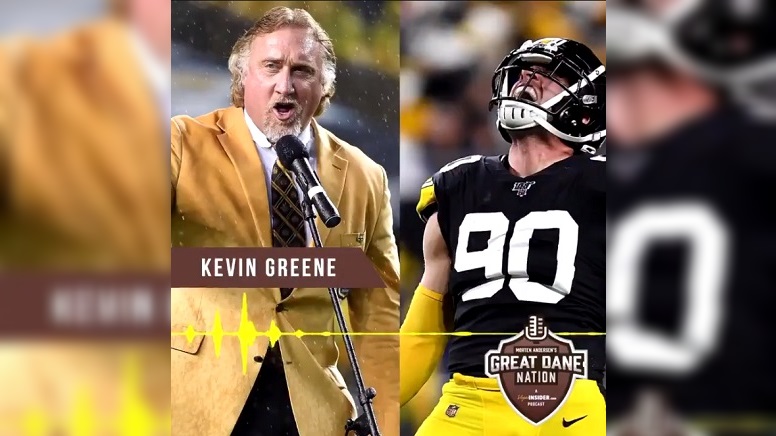 Former Pittsburgh Steelers great Kevin Greene passed away recently at the age of 58 and it happened very unexpectedly, according to reports. Greene, who was voted into the Pro Football Hall of Fame in 2016, just so happened to sit down for an interview with fellow Hall of Famer Morten Andersen just a few weeks before he passed away and it was quite a conversation the two had. At one point during the interview, Greene talked a little about current Steelers outside linebacker T.J. Watt and where he ranks him currently in today’s NFL.

“He looks to me to be the most complete linebacker in the NFL right now, whether inside or outside,” Greene said of Watt. “He rushes, plays the run hard, drops in coverage, hunts people with a hunter’s heart. I really liked the way he is playing. And I say that over Khalil Mack and Von Miller, or any of those guys like that, or any of the interior guys that you could mention. I really like him. And I know I’m a Steelers and maybe I’m being a little prejudice there, but I really liked him and the way he operates.”

That’s quite a complement for Watt from Greene, who knows his edge rushers as he was a coach for several years in the NFL with the Green Bay Packers and New York Jets. It’s obviously not just lip service, either, as Watt is a prime candidate to be named the NFL’s Defensive Player of the Year for the 2020 season.

The interview is fantastic and Greene talks about several subjects and being an effective pass rusher is one of them. Andersen gets quite emotional during this podcast episode as well as he sets up some of the subjects the two talked about. If you get a chance, make sure to listen to the entire interview because you will be glad you did.

Listen to “Episode 16: A Tribute to Kevin Greene” on Spreaker.