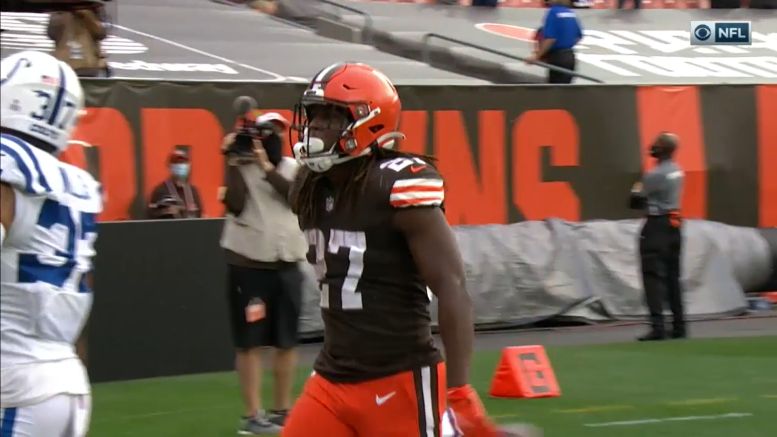 While it might not technically be a playoff game, it might as well be for the Cleveland Browns, who are sitting at 10-5 after slipping against the New York Jets, who previously had just one win on the season. They are in a scenario in which they reach the postseason if they beat the Pittsburgh Steelers on Sunday, or require a good amount of help if they don’t.

So it’s not quite single elimination, since there is still a not-unlikely chance that they make it into the postseason even if they do lose, but you never want to put your fate in somebody else’s hands, so for all intents and purposes, this is the start of the Brown’s postseason, and that is how they are approaching it.

“We have to come ready to play like it’s a playoff game pretty much”, said running back Kareem Hunt, who recovered a Baker Mayfield fumble on their final offensive play of the Jets game on a quarterback sneak. Because it was under two minutes, he could not advance the ball, and thus the result was a turnover on downs. “It’s that time every one matters from here on out”.

The last time that the Browns have even had a non-losing record at the end of a season was in 2007. They already secured that a few weeks ago in Kevin Stefanski’s first season as head coach. But they didn’t even reach the postseason that year, going 10-6. They don’t want a repeat of that.

“We have to start fast and just come ready to play”, Hunt said. “That’s a good football team. We know that. We have a lot of respect for those guys. They come ready to play. Just have to come out there and play our football”.

The Steelers trounced the Browns in their first meeting this year at Heinz Field in the first half of the season, blowing them out by a 38-7 margin. Cleveland has shown the ability to put up 40-plus points a few times this year—however, they have been averaging 18 points per game over the past two weeks.

A concern for the Browns is the fact that they have not created a takeaway in their past three games, or in six of their last eight. On the other hand, they have turned the ball over in five of their past six games, so the turnover margin hasn’t been in their favor.

The Steelers have also struggled here recently, but were able to win in that area by plus-two on Sunday against the Indianapolis Colts, a team that has been good with protecting the ball this year, recording two takeaways to zero giveaways. If the Browns can’t reverse that trend, they may well be doing what they are almost always doing in January—watching football from home.