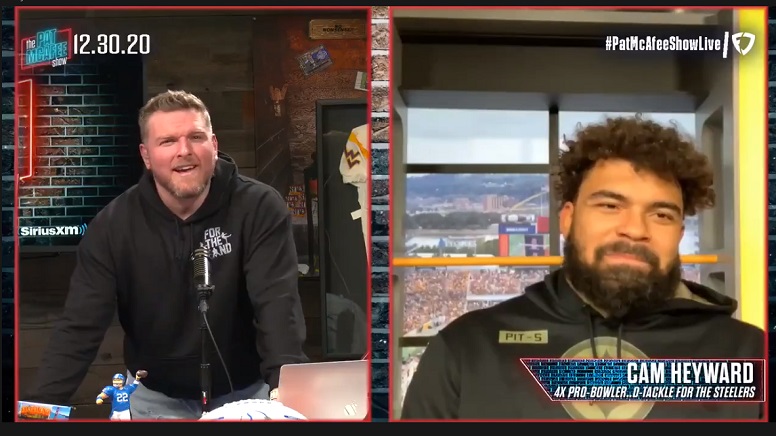 Will Pittsburgh Steeles defensive tackle Cameron Heyward play on Sunday against the Cleveland Browns? One would think the team would rest him for the playoff as there are plenty of other defensive linemen on the roster to absorb the snaps. As of Wednesday, however, Heyward let on like he’s preparing to play some on Sunday against the Browns.

“We haven’t decided yet,” Heyward said on Wednesday during his media session. “In my impression, I’m still playing. I should be ready to go, I signed up for 16 weeks, right? And so, I need to be ready for all 16 weeks and I’ll ride this thing out.”

Is that just Heyward going with the company line and just saying the right thing? Maybe, but he also told Pat McAfee on his show Wednesday morning that he doesn’t know for sure just yet if he’s going to play on Sunday against the Browns.

“Nah, nah, Coach T doesn’t tell us,” Heyward told McAfee. “He doesn’t want anybody to relax. So, you know, he may have said something about Ben [Roethlisberger], but it was basically like screw everybody else.”

Obviously, Heyward was having a little fun with that response. McAfee also joked back with Heyward that it would be funny if Heyward found out his Sunday game status and how much he may or may not play against the Browns after pregame warmups are over with.

“If he does that pre-season stuff, I’m going to be hot,” Heyward jokingly fired back. “I need to know at least before the game. Like, we’re not going to be doing that; we go through walk-throughs and then you finally tell me, ‘Yeah, you only got a quarter.’ I’m gonna be too turned up for that.”

In the end, and after that Heyward said on Wednesday, I’ll be shocked if he plays on Sunday against the Browns and I bet he will be as well. For whatever it’s worth, Heyward sat out Wednesday’s practice and it was not injury related.

Look for Steelers defensive linemen Isaiah Buggs, Henry Mondeaux, Carlos Davis, and Chris Wormley to get most of the work on Sunday against the Browns and possibly even Tyson Alualu as well. In addition to Heyward possibly sitting out Sunday, staring defensive end Stephon Tuitt might not play much, if any, either.

Cam Heyward on Mike Tomlin's rest plans for week 17 : "Coach T doesn't tell us. He doesn't want anybody to relax. He may have said something about Ben but it's basically like screw everybody else" #Steelers pic.twitter.com/edpoGMmotO