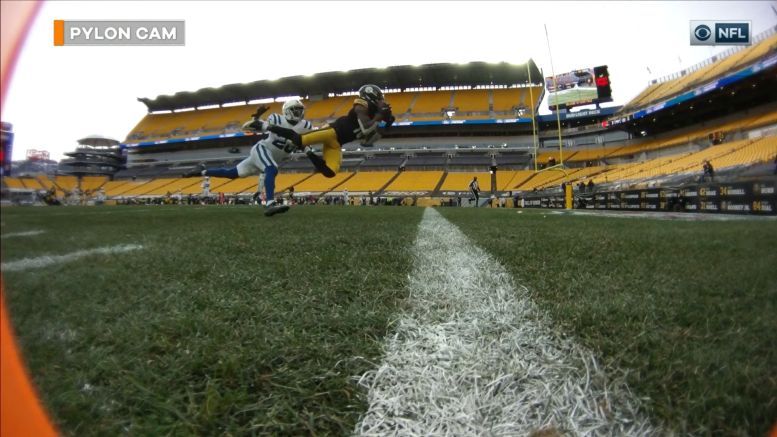 One of the most exciting things about being a fan, or at least so it seems at times, is figuring out new and creative ways of making yourself miserable based upon the failures—sometimes even the successes for the experienced and adventurous—of your favorite teams, and the players who make them up.

For the Pittsburgh Steelers this year, the wide receiver position in particular has been a source for scorn, between some dropping balls and others dropping TikTok videos. While both JuJu Smith-Schuster and Diontae Johnson have been under fire from the media and fans this year at different points, both of them proved vital in yesterday’s comeback win.

It was the second-year man Johnson, however, who ignited the 17-point comeback when Ben Roethlisberger was able to connect with the aptly-titled Toledo Rocket alum on a 39-yard touchdown strike that suddenly made it a 10-point game.

That helped the Steelers climb to within 24-14 at the time, a spark of life when it seemed that hope was lost. But the embattled wide receivers battled through the adversity facing them on and off the field and emerged victorious in the end.

“It’s all about self-confidence to me. Yeah, I’ve been getting bashed a lot in the media, just keep talking about me dropping the ball”, Johnson said after yesterday’s game when he was asked about how good his eight-catch, 75-yard performance felt following weeks of criticism.

“At the end of the day, I always stuck with my confidence that I know I’ve got in myself, and just believe”, he went on. “I was able to make a play, and that’s the play that we needed to get us the momentum, that we needed to win. I just came out and executed”.

He now leads the Steelers with 828 receiving yards on 85 receptions (the second-most on the team), and he has seven receiving touchdowns, two more than he had during his rookie season a year ago, which at the time was the most, but is currently third-most on this 2020 unit.

Coming into the game, Johnson, who also battled injuries earlier in the year and had some injury concerns in the second half yesterday, was under fire because he had been dropping a lot of passes—at least a dozen over the course of the season. It didn’t help that he’d also fumbled a couple of times, though he had five fumbles as a rookie.

But he also frequently displays his talents. He has seven games this season in which he has gained 70 or more receiving yards, out of the 11 full games that he has played—benched for a half once, missed a game due to injury, and missed most of two more due to injury as well.

Through it all, he has continued to believe in himself, as has his quarterback and his teammates. And yesterday was a good example of the sort of performance he can deliver that justifies managing his shortcomings in other areas.