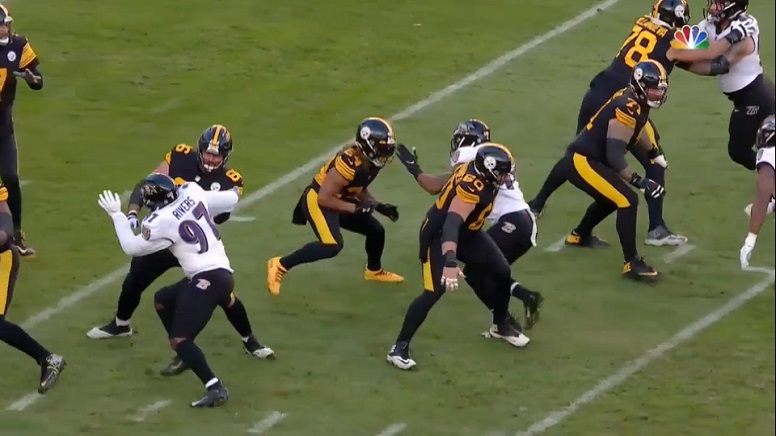 The Pittsburgh Steelers activated defensive end Stephon Tuitt off the team’s Reserve/COVID-19 list on Saturday and that now leaves three players, running back James Conner, tackle Jerald Hawkins and center Maurkice Pouncey, all on it. Pouncey is obviously the biggest name on that list of three players and he was placed on it on Wednesday. Whether or not he tested positive for COVID-19 isn’t quite clear and that’s why it’s hard to say for sure if he’ll be available to the Steelers Monday night when they host the Washington Football Team at Heinz Field. Even staring guard David DeCastro isn’t sure if Pouncey will be available to play against Washington on Monday night.

“Yeah, I mean, I don’t know with Pounce and the protocols, DeCastro said Saturday during his media session. “I can’t keep track. I gave up trying to keep track of what’s going on, you know, with this whole year. It’s too much, you know, just trying to figure out when we’re gonna play the games is hard enough.”

With Pouncey sidelined this past Wednesday for the Steelers home game against the Baltimore Ravens, backup center J.C. Hassenauer, a 2019 undrafted free agent out of Alabama, was forced to make his first NFL start. While Hassenauer had his share of warts in his first NFL start, as whole, he represented himself and DeCastro said as much on Saturday during his talk with the media.

“Hopefully we get Pounce back as soon as possible, but J.C.’s done a tremendous job stepping in, he’s been ready to go,” DeCastro said. “He takes a lot of notes, [is] always locked in and that’s what you need in a center. Young guy in there, he’s the one making all the calls and he’s got to make sure we’re all on the same page and he’s done a good job and we have confidence in him.

“And I like the way he carries himself as a professional. And yeah, I mean it’s hard to replace a guy like Pouncey. I don’t need to speak about his resume and what he brings, not just personally, but as a team leader, but it’s part of the game, at least in 2020 it is. But J.C.’s done a good job and if he needs to play, I think he’ll do a good job again.”

So, who is the backup center behind Hassenauer should Pouncey miss another game on Monday? Offensive coordinator Randy Fichtner spelled everything out on the offensive line depth on Friday when it comes to that subject in addition to giving his thoughts on how he thought Hassenauer represented himself against the Ravens on Wednesday.

“Matt [Feiler] is center capable,” Fichtner said. “J.C. [Hassenauer] did a nice job for us the other day on short notice. He did a really good job. I think the least amount of moves you can make, the stronger the group will be. We have to make a double move at times if the wrong person goes down, so Matt is our next tackle that would play tackle. Hawk [Jerald Hawkins] being out last week took our nipple rubber out, took our big extra lineman out. We really didn’t have experience at that position. We did some with 69 [Kevin Dotson]. He’s still growing in that area. Hell, he’s still just growing at playing guard. We utilize who we have, and to their credit, they tried to do the best they could. We just know we want them to do better.”

Washington’s defense has recorded 36 sacks so far this season and that’s second in the league behind the Steelers 41. Several of those sacks have come from either defensive tackles or rushes in the A gaps so DeCastro and whomever plays center Monday night will have to be on point of the consecutive game streak of Roethlisberger not getting sacked is going to extend to five.