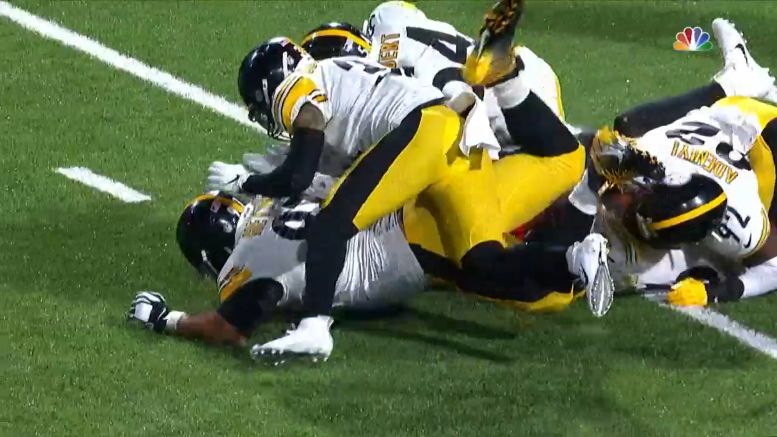 The Pittsburgh Steelers defense actually had one of its better halves of the season against the Buffalo Bills in the first half, but you wouldn’t know it if you only tuned in at the end of the game, as it was virtually a different contest altogether in the second half.

Even the Steelers’ consistently-reliable pass rush was not phasing Bills quarterback Josh Allen in the first half, at least to the degree that they needed it to. They were able to flush him out of the pocket and force him to throw some balls away, but what they could not get him to do after his early interception was to make mistakes.

The Bills only possessed the ball five times in the second half, but that’s because they were extending drives, and they were able to get at least one first down on all of them. They came out firing at the start of the third quarter, scoring touchdowns on each of their first two drives. They would add a field goal in the fourth.

And then, after the defense picked off Ben Roethlisberger for the second time in the game in the middle of the fourth quarter, the offense rode out the rest of the game—all 7:11 remaining—even with the Steelers still having all three of their timeouts. All of their second-half possessions took at least two minutes, and the only drive under three and a half minutes, which started at their own 43-yard line, ended up in a touchdown.

“We played like crap today”, said defensive captain Cameron Heyward”, who was able to get a handful of pressures in the first half, and helped to induce Allen into an early interception. He would finish the game with three tackles and one pass defensed.

While he did allow that the defense had some success early on, particularly in the first quarter, he said, “after that, it all went to hell”. And based on the way that the second half went, unfortunately, he is not wrong there.

It’s hard to pick the most deflating drive of the game, but it might well be the last drive. While the offensive interception was a killer, the game was not over. They were down 11, but there were still more than seven minutes left, and they had timeouts.

The defense couldn’t even get the ball back. The Bills ran out the clock on a 16-play, 62-yard drive that ended with two kneeldowns inside the red zone, which was by far their longest drive of the entire game. That one would certainly qualify as crap.