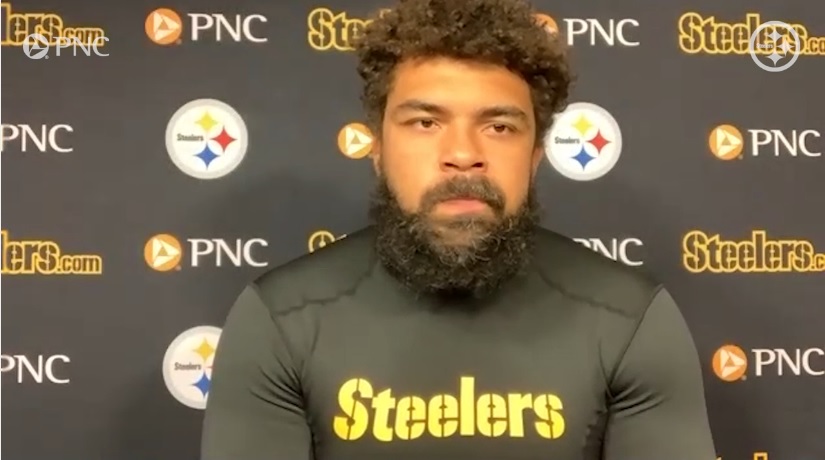 Perhaps with the inspiration of Jim Mora at his sails, Cam Heyward made one thing clear.

Playoffs? The Steelers are just trying to win a game.

That’s how Heyward framed a question about the team’s playoff future.

“I think we gotta pump the brakes on the playoffs, man,” Heyward told reporters via Zoom call Wednesday. “We’ve got to take care of our business one game at a time. I think too much, we talk about, ‘we need to do this to go to the playoffs. We need to do that.’ We just need to win a game. And you know, we’ll focus on this game and focus on the next one after that. We’ve got to quit getting into this rhythm of, ‘it’s setting up this or setting up that.’ We’ve just got to get back to playing our football, understand what we need to do and do it 110%.”

The Steelers haven’t been good enough in their past two games, both losses, with issues in all three phases. The offense has done a terrible job in situational football. 28% on third down, failing to finish in the red zone, losing the turnover battle, and nearly ten dropped passes.

Pittsburgh’s defense has been the better unit of the too but far from perfect. They’ve struggled to get off the field in the second half of the Washington and Baltimore game as quarterbacks have adjusted and offenses countered. The Bills had the ball for all but three plays of the final 12 minutes of Sunday night’s win over Pittsburgh.

Special teams haven’t been good enough either with issues in kick coverage, particularly against Buffalo.

Heyward’s perspective is important. The Steelers have clinched a playoff spot but there’s still plenty to play for. The #1 seed remains up in the air, though it’s unlikely the Kansas City Chiefs will give that spot up. But Pittsburgh hasn’t locked up anything aside from making the postseason. Short-term views take you to long-term goals and the Steelers have plenty they need to fix before the playoffs.

Heyward’s veteran leadership and experience are good ways to keep focus instead of looking down the road. On paper, Pittsburgh may have an “easy” game against the lowly Cincinnati Bengals this Monday. But divisional matchups are notoriously close games (they lost to the Browns by a combined eight points in their two games) and if the Steelers don’t play better than they have been, beating the Bengals won’t be a “gimmie” either.