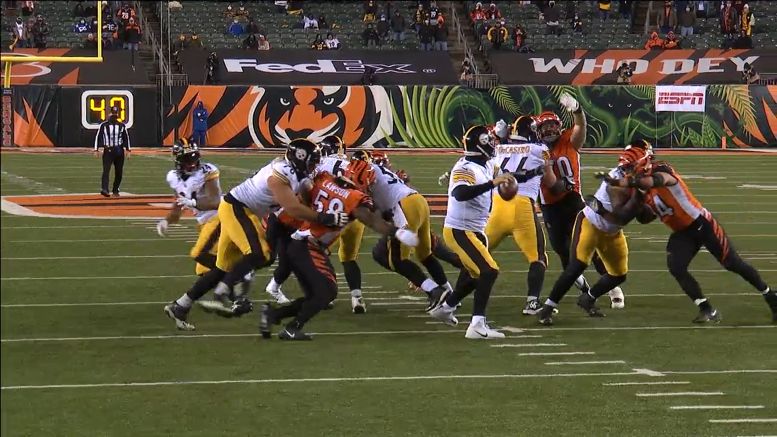 Topic Statement: The Steelers will lose the AFC North title to the Cleveland Browns in the regular season finale.

Explanation: For basically weeks now, the Steelers have had a ‘win-and-in’ scenario when it comes to claiming the divisional title, even while having already secured a playoff berth. As they continue to lose, however, the prospect of their actually not getting ‘in’ to that home-game playoff spot is increasing. The Steelers need to lose out and the Browns need to win out in order for Cleveland to win.

Just look at the schedule. The Steelers play the Indianapolis Colts next, who are 10-4 and looking good, certainly much better than Pittsburgh is playing. The Browns play the New York Jets, who, yes, did just win a game, but they certainly are not looking like they’re ready to hit a hot streak.

The prospects of Pittsburgh losing next week and Cleveland winning is rather high. Some would certainly argue that it’s above 50 percent. They may have a better record than the Colts, but there’s no doubt who is playing better.

And the Browns are playing better than the Steelers as well, especially on offense. Cleveland didn’t have Nick Chubb the first time they faced off, and that will make a big difference. The Steelers were also playing much better then. This game being on the road only makes it even worse.

No matter how bad things might look right now, this team is too good to just keep losing five games in a row. We saw positive signs from the offense in the second half last night, and there was even a semblance of a run game. We know that the defense can dominate on any given day. If not for those game quarterback runs they weren’t prepared for, we might be having a different discussion.

Getting Diontae Johnson and Chase Claypool back on track on offense is going to make a difference as well. They haven’t been as big a part of things lately as they were in the early portions of the year. and Ben Roethlisberger isn’t going to play this bad again until his arm falls off.