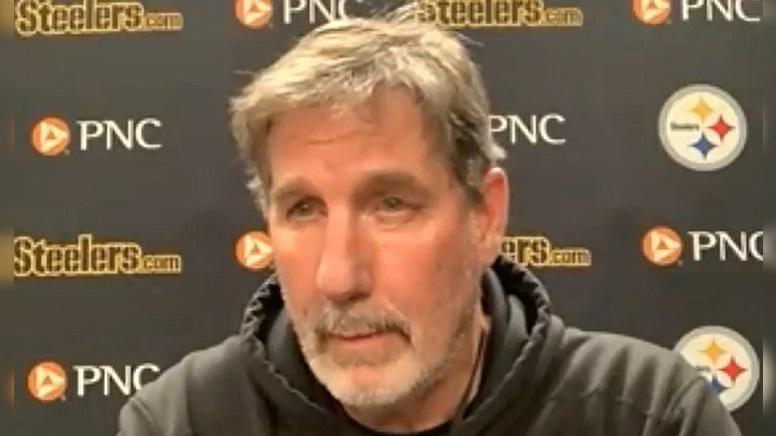 Against the Buffalo Bills Sunday night, both Pittsburgh Steelers outside linebacker T.J. Watt and defensive end Stephon Tuitt didn’t exactly light up the defensive stat sheet. In fact, Tuitt didn’t even make a mark on it in the 54 snaps that he played. While Watt played better than Tuitt, the 2020 Defensive Player of the Year candidate totaled just two total tackles, the quarterback hits, and a defensed pass. On Thursday, Steelers defensive coordinator Keith butler was asked to comment on the lack of impact that Watt and Tuitt both had in the team’s loss to the Bills

“They [The Bills] chipped out a lot, especially to T.J. [Watt]’s side,” Butler said. “I’m sure losing Bud [Dupree] didn’t help us none. If I’m them, I’m making sure we take care of Watt and making sure he doesn’t get us beat and stuff like that if I’m Buffalo. That’s what they did. [Stephon] Tuitt, I think, played decently.”

That game against the Bills also marked the first time this season that one of Watt or Tuitt didn’t manage at least a half a sack. For whatever it’s worth, Pro Football Focus graded our Watt and Tuitt at 64.3 and 62.2, respectively. However, while neither Watt nor Tuitt had All-Pro performances against the Bills, the Steelers defense still played extremely well in the first half as the unit limited the Buffalo offense to just three points and 103 total net yards on 31 total plays.

The second half for the Steelers defenses was a completely different story, however, as the Bills scored another 17 points and another 231 total yards of offense on 41 total plays that consumed 21:40 of clock time. If that 21:40 possession time in the second half 7:11 of it came during the final 7:11 of the game. Butler talked on Thursday about how embarrassing it was to for his defense to not be able to stop the Bills offense in the final 7:11 of the game.

“We played decently, but we didn’t play good enough,” Butler said. “What we should have done at the end of the day, we have to dadgum get them, especially when our offense scores like that. We can’t give them first downs like that. We have to get them out on third down and give ourselves a chance, give our offense a chance to win the football game.

“That was the thing I would have like to seen a little bit better. Of course, we’re not always going to do that. In that critical situation, I wish we would have done that and coached a lot better, made the plays we needed to make at the end to get the ball back to our offense.”

Next up for the Steelers are the Cincinnati Bengals on Monday night and it’s a game they’re expected to win quite easily. If they do, they are guaranteed to win the AFC North division. Butler knows the importance of the Monday night game and while his unit certainly didn’t play a complete game on Sunday night against the Bills, he sounded confident that a rebound might be on tap against the Bengals during his Thursday media session.

“I hope so,” Butler said. “We’ve got some good players on this defense. We have a lot of good players on this defense. They play well. They play well together. The biggest thing about them is they’re a good team defense. We have to continue to do that, and hopefully get after the quarterback a little bit more and stop the running game as much as we can in this game.