The Buffalo Bills have now released their second official injury report of Week 14 ahead of their Sunday night home game against the Pittsburgh Steelers and their Thursday offering looks a little bit different from their Wednesday one.

Not practicing again for the Bills on Thursday was safety Jaquan Johnson (ankle) and it now looks like he’s in jeopardy of missing the Sunday night game against the Steelers. He’s mainly a special teams player for the Bills.

Feliciano going backwards on Thursday is a significant development and it will now be interesting to see what transpires with him on Friday. He’s the Bills starting right guard. 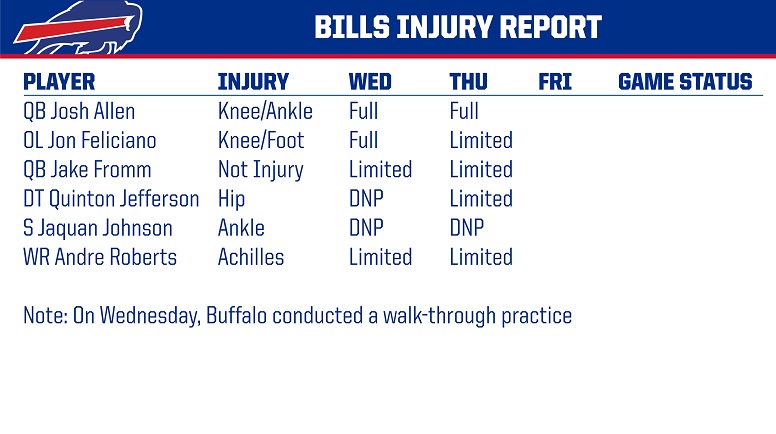