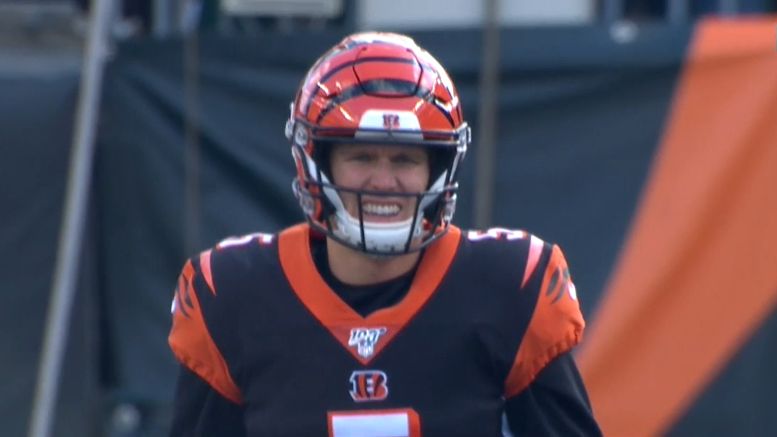 The Cincinnati Bengals will be without starting quarterback Brandon Allen for Monday night’s game against the Pittsburgh Steelers. Head coach Zac Taylor announced Ryan Finley will get the start.

Allen has missed practice this week due to a knee injury suffered late in last week’s blowout loss to the Dallas Cowboys. Allen had become the starter after 1st overall pick Joe Burrow suffered a severe knee injury against Washington weeks prior.

Finely has appeared in three games for the Bengals this season. In just 19 pass attempts, he’s thrown two interceptions and also been sacked seven times. In relief of Allen against the Cowboys, he threw two passes, completing one for five yards.

A fourth round pick by the Bengals in 2019, Allen started three games for them last year. He went 0-3, completed less than half his passes, and threw as many interceptions (2) as touchdowns. He started the Week 12 game against Pittsburgh, going 12/26 for 192 yards and a touchdown. The Steelers sacked him four times.

In addition to Allen being ruled out for Monday night, linebacker Logan Wilson (ankle) is also out for that contest, according to Taylor. Safety Brandon Wilson should be good to go, the Bengals head coach said.

The Steelers handedly won their first matchup against the Bengals, beating them 36-10 back in Week 10.