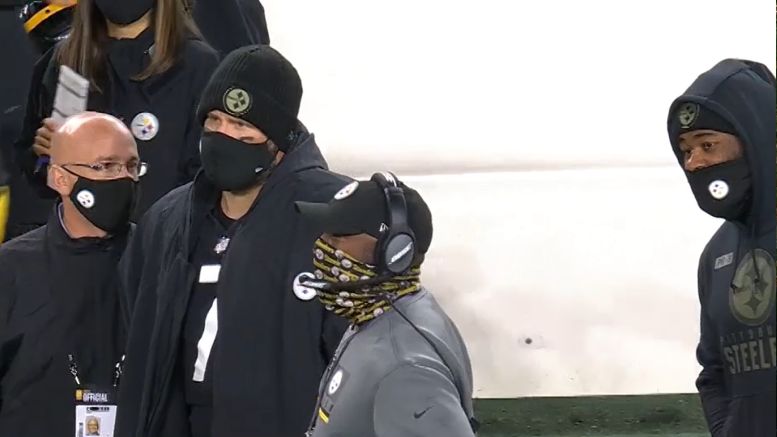 Pittsburgh Steelers quarterback Ben Roethlisberger will be watching yet another regular season finale from the sidelines, as he did last year, and has done in several years past. Only this time, it will be more like the finales of 2016 and 2017, watching because they secured their playoff positioning, rather than due to injury.

Roethlisberger has been a healthy scratch for the finale three other times in his career, so this is nothing new for him, but he also stressed that, whether he preferred to sit or not, it was never his decision. Rather, it was head coach Mike Tomlin who informed him, rather than have a discussion about it.

“He came to me and told me that I’m not playing as soon as the last game was over”, Roethlisberger told reporters today. “I knew that was the end of the discussion. There was no point in trying to argue with him or say anything”.

Granted, I’m sure that if it were up to him, he probably would have chosen to sit anyway, though that’s really speculative on my part, and shouldn’t be taken with any kind of weight. He is a competitor after all, and whether or not he loves practicing on Wednesdays is very different from skipping a meaningful game. With that said, he is going to take the day off for whatever it is worth.

“It’s kind of one of those things that in terms of on the field work this week, I may do some stuff on Friday, very little”, he said, noting that he can’t take away reps from those who might play. “It might just be more during special teams maybe just grabbing the guys and going through stuff on another field, throwing a little bit. To me, this is going to be a really good mental and physical rest couple of days”.

Given the fact that the Steelers never had a proper ‘rest’ period this season, with both their bye week and their ‘mini-bye’ that is supposed to come after playing a Thursday night game having been screwed up due to their opponents experiencing Covid-19 outbreaks, it is fair to use this opportunity to give your quarterback some rest.

With the rest, unfortunately, that is going to leave Roethlisberger just short of a couple of notable single-season marks. He will now finish with 33 touchdown passes, one off of his own franchise record. He has thrown at least one touchdown pass in every game, and at least two in all but three games.

He also finishes the season with 3804 passing yards, needing less than 200 to record his seventh 4000-yard passing season. He will finish, however, with almost an identical passer rating for the 2020 season that he has averaged over the course of his entire career—along with by far the lowest yards per attempt of his career, excepting the 2019 season.