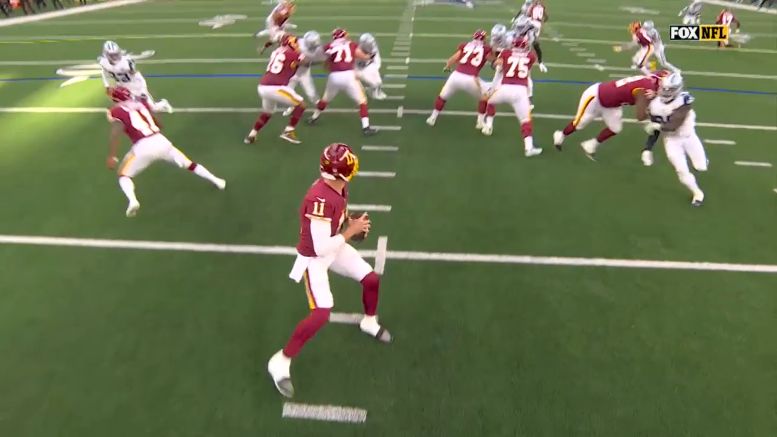 Coming off of a major elbow injury, in which three tendons tore in which throwing arm, Pittsburgh Steelers quarterback Ben Roethlisberger has led his team to the best record in the NFL, and is one of only a handful of quarterbacks in the NFL right now to have thrown at least 25 touchdown passes while throwing fewer than 10 interceptions.

This would seem to make him a sure bet for the Comeback Player of the Year Award, and yet he continues to be put on the margins in terms of evaluating quarterbacks this season, with many viewing him as being somewhere in the middle of the pack.

And he may not even have done enough to secure the Comeback Player of the Year Award, when you consider what his counterpart in today’s game has come back from. Alex Smith will be making his fourth start of the season for the Washington Football Team after missing more than a year following a broken leg that would prove to have life-threatening consequence due to infection, requiring numerous surgeries.

While Washington is 4-7 on the season, they are 2-1 since Smith has been starting. So far, he has completed 107 of 155 pass attempts for 1067 yards, though with only three touchdowns to five interceptions. His quarterback rating is just 39.9. Three of those interceptions came in a game before he was starting, however.

And it’s reasonable to assume, considering what he had gone through, that it would take some time for him to play his way back. Remember, this was a year in which there wasn’t even a preseason, so he didn’t even have the opportunity to get those snaps in.

While the Steelers no doubt respect what Smith has gone through, however, they will not hesitate to put him on his back as often as they can manage, and more often than not this season, that has been at least three times per game. Smith has been sacked 15 times so far, on nearly nine percent of his dropbacks.