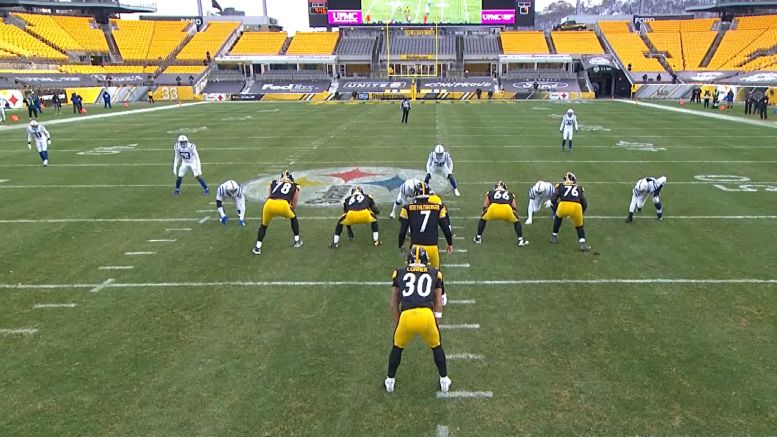 Too often lately, however, they simply have not been running those plays with success. They started making more plays after turning over to the no huddle in the second half earlier today, in which he calls more of the plays, but quarterback Ben Roethlisberger would not say that that was the reason they were more successful

“We need to execute the plays, no matter who’s calling them, and I thought Randy called a good game. We didn’t execute when he called good plays”, he told reporters after today’s game when he was asked about whether or not he felt they needed to do it more.

Really, he’s not wrong. If you have watched this offense play over the course of the past few weeks, you have seen an awful lot of self-inflicted wounds, and no shortage of dubious play from Roethlisberger himself, raising his interception total and being lucky to get away with several more that were dropped—the latter something his receivers were doing an awful lot of.

They still had that today, most notably when Chase Claypool dropped a would-be touchdown early in the second half from the two-yard line, but there were also a few balls in the first half that could have been caught and were not.

Has the play-calling been perfect? It never is. Has it been great, or even good? Perhaps not. But it also hasn’t been the reason that they were losing games. They have enough talent to run the plays that are called much better than they have been.

Blocking, tackling, catching, running, throwing. Ultimately, the game of football comes as much down to these fundamental elements as it does anything else. If you consistently do these things well, then you’re going to be able to win a lot of games.