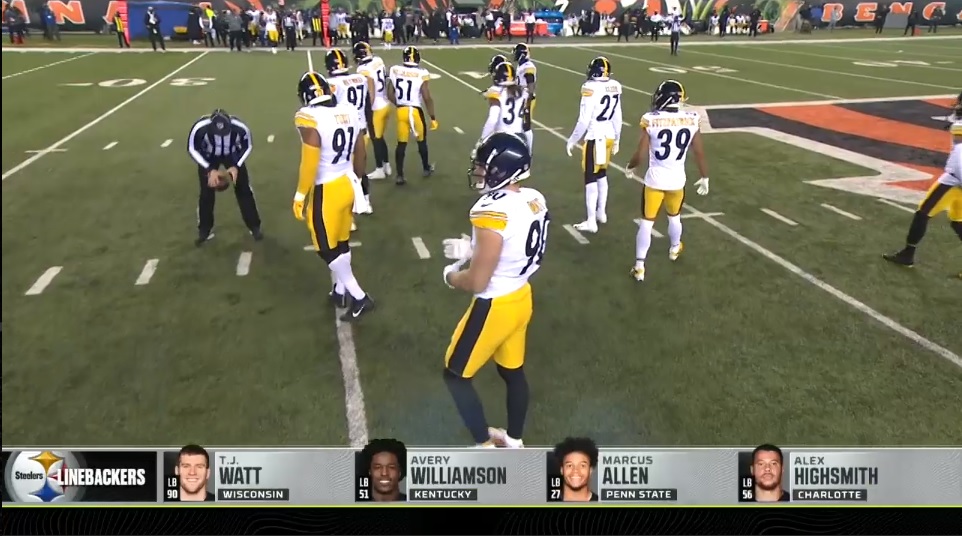 There’s two points of emphasis for the Pittsburgh Steelers to break their ugly three game losing streak. Turn the ball over less. Take the ball away more. For his part, linebacker Avery Williamson says the Steelers’ defense needs to get back to making splash plays. That’s what he told local Pittsburgh station 93.7 The Fan in a Tuesday interview.

“I would say just creating turnovers,” Williamson told the show. “I haven’t had a turnover in a while, man. I feel like that’s as far as the defense needs, That’s going to be my emphasis this week. Just trying to get that ball out. Every time I get an opportunity to make a tackle, you know, I’ve got to make sure I’m stripping at the ball. Trying to create a turnover.”

The Steelers have forced just two turnovers in their last three games, both coming in Week 14’s loss to the Buffalo Bills. Pittsburgh’s defense forced at least two turnovers in nine of their first eleven games. Now, they’ve hit a cold streak. Williamson himself has just one takeaway this year, picking off a pass as a member of the New York Jets. He’s yet to record one as a member of the Steelers, though his playing time has only ramped up in the past few weeks.

Williamson said a Steelers’ defense creating splash plays will give their offense a boost.

“We didn’t have turnovers man. It definitely helps the offense out. You know, when we get turnovers, it creates momentum.”

Pittsburgh’s offense has to do their part too. Since their narrow win over a depleted Baltimore Ravens’ roster, they’re sitting at a -4 turnover differential. The Steelers gave the football away three times in the first half of Monday’s loss and Williamson recognized that’s an obvious stressor on the defense. Not that he’s making excuses.

“I mean it’s a momentum shift. But end of the day, it’s just football. You’ve got to go out there and stop them and we gotta do a better job.”

All 17 of the Bengals’ first half points came off turnovers. Each time, Cincinnati had the ball inside the Steelers’ 40. But the defense has been very good in sudden change situations, allowing only field goals and not touchdowns. On both of the Bengals’ scores, the defense missed tackles. Joe Haden’s attempt fell flat on Gio Bernard’s rushing score while several Steelers’ missed tackles – and Williamson was beat on Bernard’s angle route – on his second trip to the end zone.