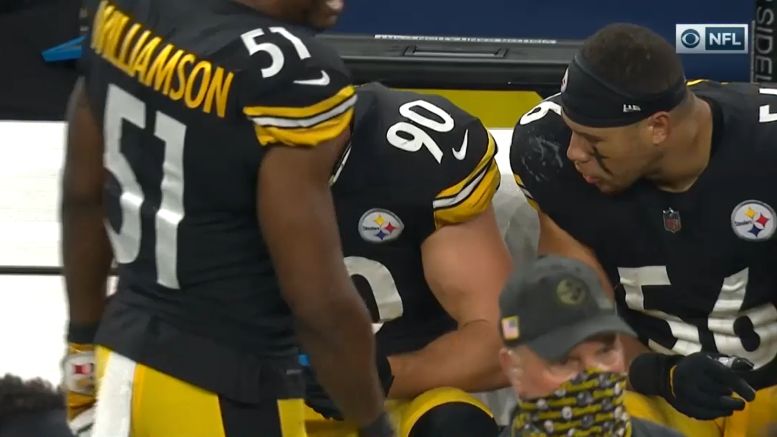 The Pittsburgh Steelers will not have even one single inside linebacker available to them in tomorrow’s game who was both on the initial 53-man roster and was actually a linebacker before the start of this season. Devin Bush has long been lost for the year due to a torn ACL, and now Vince Williams is missing the game after evidently testing positive for Covid-19.

Meanwhile, Bush’s replacement, Robert Spillane, will be sidelined for a bit after suffering a knee injury of his own. Ulysees Gilbert III has already spent most of the season on the Reserve/Injured List due to a back injury, though he appears to finally be on the mend.

Outside of possible practice squad elevations, the only players that the Steelers have available to them for tomorrow’s game against the Buffalo Bills are a player that they traded for ahead of the deadline and another who had previously played safety.

The former is Avery Williamson, who admittedly is a veteran starter with several thousand defensive snaps and more than 80 starts under his belt over his six-plus years with the Tennessee Titans and the New York Jets.

He will have to play a key role until the position gets healthy. it remains to be seen exactly what will be asked of former safety Marcus Allen. Meanwhile, Tegray Scales and Christian Kuntz are available to be elevated from the practice squad by Sunday.

Williamson, at least, believes in who they have available. “I’m confident that they’re gonna be good, whoever’s in there beside me”, he told reporters yesterday when speaking about the position as a whole and whether or not Allen will be asked to play there. “We’ve just got to make sure we’re communicating. I’ll be just letting them know, whatever they need, they got a question or anything—the same with me, if I’ve got a question”.

Admittedly, it would be nice to know who has been lining up next to him in practice over the course of the past several days. Presumably, they have played at least some in their 3-4 or nickel fronts, which include two inside linebackers.

Their next opponents, the Buffalo Bills, are a team that likes to put a lot of wide receivers on the field, and they don’t necessarily run the ball a great deal, including in recent weeks. A lot of those carries are actually from quarterback Josh Allen, who is second on the team in rushing attempts with 87, behind only Devin Singletary with 128.

Because of this, they can probably get away with experimenting with other options, whether it’s playing in dime, with Justin Layne or Allen or Antoine Brooks on the field, or they can use a ‘big nickel’ that puts an extra defensive lineman on the field and takes a linebacker away.