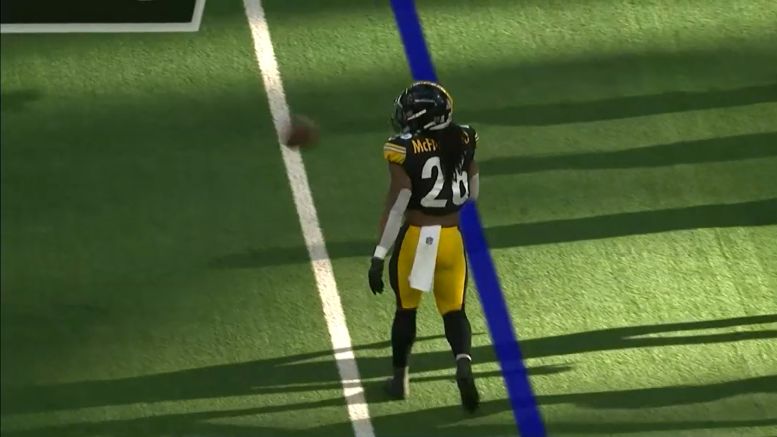 Reasoning: For the first time since the second week of the season, rookie running back Anthony McFarland was a healthy scratch on Sunday against the Buffalo Bills, with Jaylen Samuels playing a bigger role in the offense.

I’m still not exactly clear as to why the Steelers chose to make rookie running back Anthony McFarland inactive for Sunday’s game. Among those that they chose to dress over him was rookie safety Antoine Brooks, giving them five safeties active for the game.

Will that continue, or was it a one-time thing? Did they feel that they needed more depth at safety and linebacker due to injuries at the position, and so they had to scrounge up an extra helmet from somewhere, or should we expect McFarland to continue to be inactive?

It’s possible that this was a decision that had been previously made. Remember, James Conner had spent the previous two games on the Reserve/Covid-19 List. We cannot say with certainty that the rookie would otherwise have dressed for either of those games had Conner been available.

Since recording six carries for 42 yards in his week-three debut, McFarland did not see another game with more than three carries until his last game, against the Washington Football Team, where he carried four times for 15 yards.

On the season, he has 27 carries (more than you realized, perhaps?) for 91 yards. He is averaging just 3.4 yards per attempt, and has only three first-down runs. He also has five receptions on eight targets for 45 yards with one dropped ball.

While he has flashed his speed an elusiveness on occasion when he has been on the field, the rookie out of Maryland has also very much looked like a rookie. He has even had his moments in which he appeared to be too eager to make a play, to hit a hole, resulting in him slipping or falling instead of actually making the play.