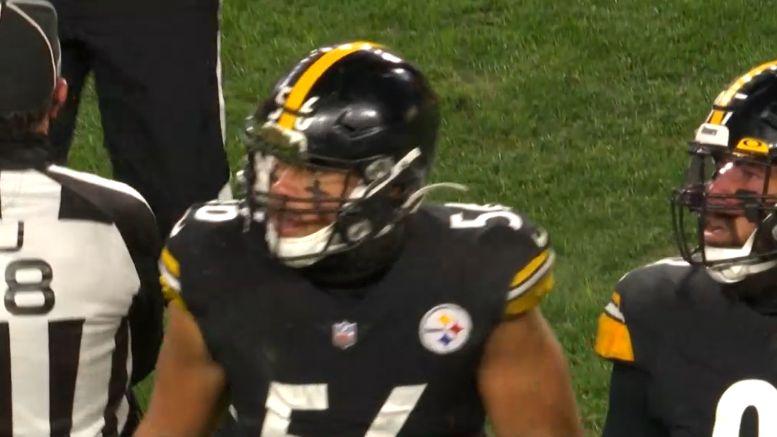 Reasoning: Rookie outside linebacker Alex Highsmith had a solid overall showing in his first career start following Bud Dupree’s season-ending injury. While he did not notch a sack, he recorded multiple pressures and defensive stops.

Prior to Monday’s game, the most snaps that rookie third-round draft pick Alex Highsmith had ever seen in a game was 25, and even that was something of an anomaly. He played under 20 snaps in the other 10 games in which he played leading up to this past contest against the Washington Football Team.

That is not out of the ordinary for a team with a pair of high-pedigreed athletes on the perimeter the way the Steelers had in T.J. Watt and Bud Dupree. Dupree, of course, is now out of the picture after he suffered a torn ACL a week ago today, the second full-time starter this unit has lost for the season so far.

This time, Highsmith, now starting, logged 60 snaps, or more than 80 percent of the total, so like Robert Spillane taking over for Devin Bush, they are giving one man the bulk of the task in replacing their lost starter.

And he did well, recording five tackles, a couple of which were good for defensive stops. According to Pro Football Focus, he also recording four quarterback pressures during the evening. While that in and of itself is nice to see, it’s more significant that we actually saw him using a variety of pass rush moves.

He also did well, usually, in setting the edge against the run, and especially in hustling, making at least one tackle down the field. There might have been a moment or two in which he was winded, but that shouldn’t be a surprise.

Washington isn’t the most daunting offense, but if this is an indication of what the Steelers are going to get from Highsmith, then he does look like he has starting potential, which is a good thing, considering he likely will be starting in 2021 with Dupree an unrestricted free agent.