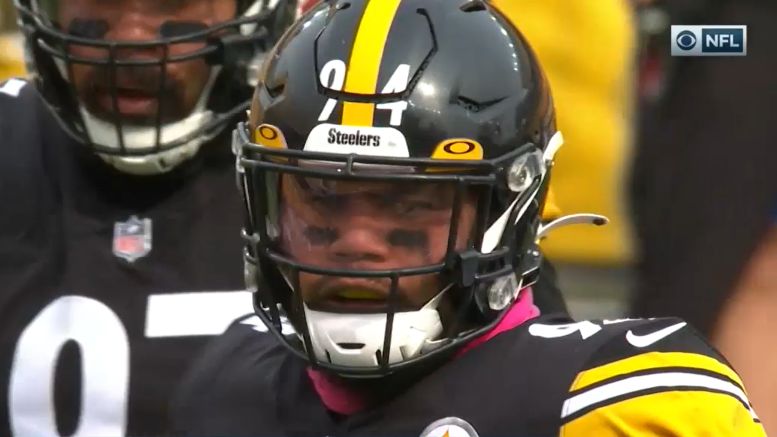 Reasoning: Still somewhat freshly back from his injury, Tyson Alualu is set up to have an impact in today’s game, with Stephon Tuitt sidelined, and the Baltimore Ravens starting a rookie college free agent at center who has no prior playing experience.

There’s no way to positively spin the absence of Stephon Tuitt, who has been easily one of the Steelers’ best players all season in any phase of the game. He has missed at least one game every year since his second season, but this one is, of course, different.

While it hasn’t been reported that he tested positive for Covid-19, it is the assumption that many are making, after Isaiah Buggs was activated from the Reserve/Covid-19 List as a close contact and he was not. Presumably, if they were both close contacts, they would have been activated at the same time. Both Mike Tomlin and Cameron Heyward spoke of him as though he would not play.

That means others have to fill in. Chris Wormley figures to start in his place and see his most extensive playing time since arriving in Pittsburgh, but Alualu will have a big role as well. He will handle a lot of the nose tackle snaps, assuming that they need many, but they can move others there to allow him to kick outside, too.

The long and short of it is that he should be on the field for plenty of snaps, perhaps his highest snap count (or highest by percentage) of the season. And facing a Trystan Colon-Castillo, a rookie college free agent, starting across from him at safety, you have to think that he is going to win his fair share of battles.

The run defense suffered mightily in his absence the last time these two teams faced each other after he was injured on the first series. It remains to be seen which running backs will be available, but his presence (along with Mike Hilton’s) should prove significant in performing better on the ground.