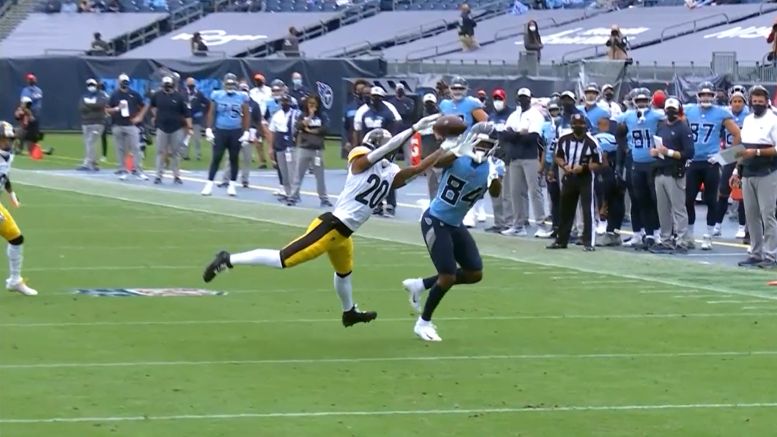 Reasoning: With Steven Nelson not expected to play, fourth-year Cameron Sutton will be making his first start on the outside since week three of the 2018 season, during which he was benched in favor of Coty Sensabaugh.

Injuries have provided Cameron Sutton with some nice opportunities this year to showcase his skillset and versatility on the eve of free agency. With Mike Hilton missing an extended amount of time due to a shoulder injury, he got a long look as the nickel back.

Now with Nelson out, he will get his first extended look on the outside in over two years. He has gained a lot of experience since then, and should be better prepared for it, even though he has spent the vast majority of his time since then navigating inside.

If Terry McLaurin plays, then you would have to figure that the Washington Football Team will try to take advantage of that matchup as often as possible, so there is a good chance that we see a lot of Sutton today in terms of being targeted frequently. Of course, if McLaurin doesn’t play, then they don’t really have another prominent threat.

Between Nelson and Joe Haden, the two starters on the outside only missed one game in 2019. The Steelers gave Artie Burns the opportunity to start that game, and while he fared relatively well enough, it was still a bit of a surprise for some that he was given that role over Sutton.

The former third-round pick has had a regular role this season as the dime back, and has, as mentioned, had an extended appearance in the nickel. Now he will get a full game, presumably, on the outside, though we could see Justin Layne come in and play outside in a dime defense.

This is a good opportunity for him to show potential suitors in March that he can be used all over the field in the secondary. The Steelers would obviously like the retain him, especially if they lose Hilton, but it will have to come at the right price.