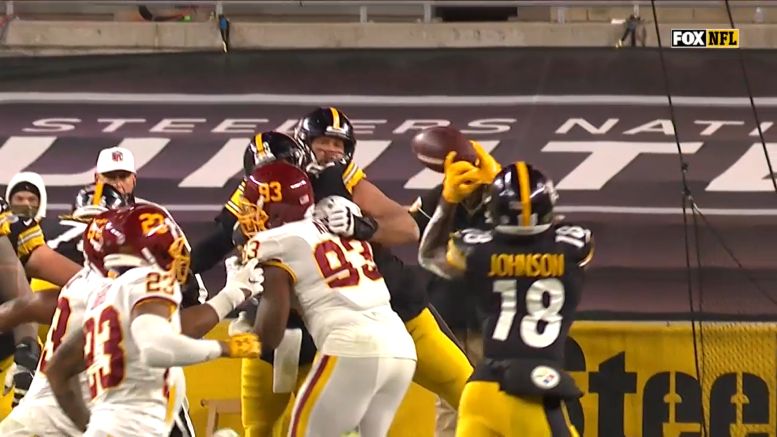 Question: Will Diontae Johnson see fewer snaps against the Buffalo Bills after continuing to drop passes?

I haven’t checked every database around, but enough of them have Steelers wide receiver Diontae Johnson at or near enough to the top of the drop list to know that uh, it’s becoming a problem. He has had four or five drops just in the past two games alone, and it’s not as though the issue simply came out of nowhere.

Almost every player is going to drop a ball or two from time to time. Nobody has perfect hands seasons after season, and it’s fine if some of your top guys are going to drop some targets. It happens. Even Antonio Brown dropped some balls.

But the rate at which Johnson is putting balls on the ground lately has been proving detrimental to the Steelers’ efforts, and it finally played a role in costing them a game earlier this week. While his skill set on the field is tremendously valuable and has certainly helped them win, the dropped passes have to get under control.

Head coach Mike Tomlin suggested, when asked, that guys who drop passes can expect to see fewer opportunities to drop passes in the future. We don’t know how literally to take this, but after James Washington played more and made a couple of significant plays, perhaps we see him play a bit in Johnson’s place. Against Washington, he took snaps away from Chase Claypool, who is having his own issues.