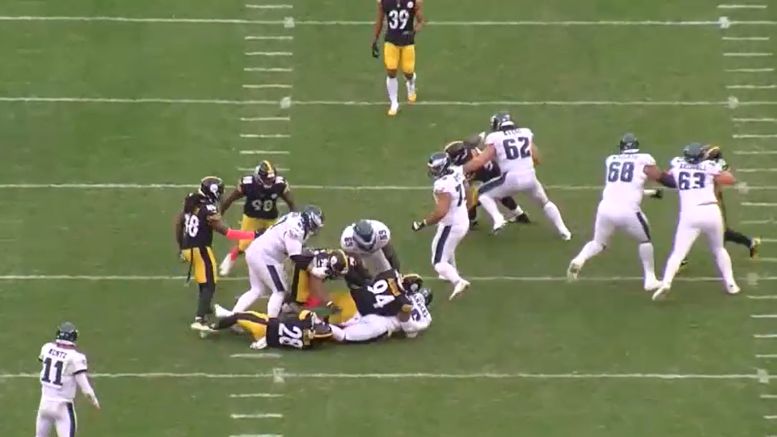 The Pittsburgh Steelers allowed 412 yards on the ground over the course of the first six games of the 2020 regular season, averaging 68.8 yards rushing allowed per game. No opponent had managed to put up more than 104 yards rushing in a single game, and that was the only 100-yard game in that stretch.

Things have taken a very different turn over the course of the past two weeks facing the Baltimore Ravens and the Dallas Cowboys. They nearly matched their six-game total of rushing yards allowed in one third of the time, surrendering 409 yards on the ground over the past two weeks—265 for the Ravens and 144 for the Cowboys.

The biggest difference between those games and the ones that preceded it, arguably, has been the availability of two of their best run defenders, nose tackle Tyson Alualu and slot cornerback Mike Hilton. Alualu suffered a knee injury on the first series against the Ravens. Hilton has missed the past three games due to a shoulder injury.

So far this week in practice, Hilton has been back on the field working as a full participant, while Alualu has been a partial participant for two days running. The level of practice that they are able to get in tomorrow, and how they feel afterward, will be the determining factor in whether or not they will be a go for Sunday’s game against the Cincinnati Bengals.

But would their return really be enough to turn the tide against the run? “I hope so”, defensive coordinator Keith Butler told reporters earlier today, via transcript. “We have to be better. There ain’t no doubt about it. We haven’t played as well as we want to play”.

He added that they have to be “a little more secure inside”, and that some of the things they had been doing in the past two weeks was designed to take certain pieces away, but he was not interested in making excuses.

“We have to make sure we hopefully get some people back, and hopefully, we play better and, hopefully, we coach better than we did”, he added. “We can’t just give them the ball and let them rove up and down the field on us. We were fortunate enough to stop them before they got in the endzone all but once. We can’t live like that and still be successful”.

It wasn’t so long ago that the Steelers ranked first in run defense. Now they rank ninth, and are giving up 4.1 yards per carry, with ranks 10th, when it was previously in the mid-three-yard range. But they have only allowed five scores on the ground, which is still the second-fewest.